BBC newsreader Huw Edwards has set the record straight following the recent report, which claimed he had chased a burglar out of his London home. Taking to his Twitter page on Friday, the 58-year-old confirmed the incident did take place, however, he did not chase the burglar as reported. "Just for the record – following some misleading (shock!) press reports," he wrote. "Yes we had a burglary. No, I didn't chase the burglar. The police are dealing with it."

The broadcaster also revealed the burglary happened a month ago, adding: "It happened a month ago. We're all fine. Now back to more important things. Like Wales winning the Rugby World Cup." It was claimed that Huw confronted the intruder inside his house in south-east London, with a source telling The Sun that the thief made off with his Mercedes. His wife Vicky Flind was at home with him at the time, telling the publication: "We had a robbery, but I don't really want to comment on it."

The news comes shortly after Huw opened up about rumours that he would join the Strictly Come Dancing celebrities in the 2019 series. Dashing fans' hopes, the news anchor revealed that his job is his main priority. "The honest answer is I've not been asked. If I were asked, I think I'd find it quite difficult with the current job I'm doing," he told HELLO! in July.

WATCH THE VIDEO ABOVE

"So in my present job no but it could change in the future. The thought of it terrifies me. Do my kids want me to do it? Absolutely not! That's probably being open than I should have been." In the past year, the BBC star has won over the hearts of many admirers thanks to his incredible weight loss transformation. Huw, who recently revealed his three stone weight loss, has been working out with professional boxer Clinton Mckenzie. 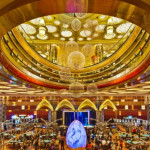 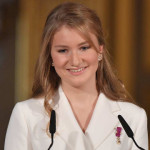