In Manila at the turn of the last century, women had relatively few opportunities, but lawyer Bernardo del Mundo was supportive when one of his young daughters declared, at an early age, that she wanted to become a doctor someday and care for the poorer population of Manila. When the ambitious young girl died of appendicitis at age 11, her younger sister Fe took up the torch.

Fe del Mundo graduated from the University of the Philippines Manila at the head of her class in 1933 and scored so highly on her medical board exam that Filipino President Manuel Quezon offered a full scholarship to any medical school in the United States to study any specialty she wanted. She chose Harvard and pediatrics, and having completed her enrollment, she arrived in 1936 to settle into her dorm room and begin studying.

But she found herself walking into a men’s dorm. Del Mundo hadn’t realized that in 1936, Harvard Medical School didn’t admit women. Harvard hadn’t realized that del Mundo was, in fact, a woman. In light of del Mundo’s impressive record — and, no doubt, her determined presence — the head of the pediatrics department made an exception and allowed her enrollment to stand. Harvard wouldn’t officially open up its medical program to female students until 1945.

By then, del Mundo was back in the Phillipines, having arrived in 1941 just ahead of the invading Japanese Army. As a Red Cross volunteer, she volunteered at an internment camp for the first two years of the war, then accepted a position as director of a city-run children’s hospital in 1943. In early 1945, the fighting had come to a head in Manila, where American and Filipino troops were fighting to push Japanese occupiers out of the capital city. Over 100,000 civilians died in the battle, and del Mundo’s pediatric hospital found itself pressed into more general service. After the war, much of Manila lay in ruins, but the North General Hospital (eventually renamed the Jose R. Reyes Memorial Medical Center) endured, and del Mundo served as its director until 1948.

It took until 1957 for del Mundo to raise the funds to open her own hospital, the Children’s Medical Center, in Quezon City (she even sold her home to help scrape together the money; del Mundo opted to simply live at the hospital, where she stayed until 2007). Del Mundo continued to practice until well into her 90s; patients describe the 99-year-old doctor making her daily hospital rounds in a wheelchair. The hospital was the first true pediatric hospital in the Philippines, and today it bears its founder’s name. Del Mundo died in 2011. 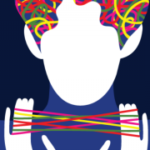 A.I. Has Grown Up and Left Home 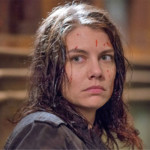 ‘Walking Dead': Are We Going to See Maggie Again This...