The former “M*A*S*H” star recently appeared on the “Today” show where he gave fans an update about his battle with the disease.

The actor said he regularly exercises to help him feel “like a kid,” as well as hold back the progression of Parkinson’s.

“I work out,” he explained. “You can hold back the progress if you do a lot of specific exercises. So I do a lot of crazy things.”

ALAN ALDA OPENS UP ABOUT PARKINSON'S DIAGNOSIS: 'MY LIFE HASN'T CHANGED MUCH'

Alda said he relies on boxing, juggling, tennis, swimming, bicycle riding and even marching to keep him active.

“I march to [John Philip] Sousa music,” he chuckled. “A lot of Sousa music going on all the time [at] my house.”

In July 2018, the Hawkeye Pierce icon appeared on “CBS This Morning” and announced he was diagnosed with the neurodegenerative disorder in 2014.  But since that revelation, Alda said he’s feeling “good.”

Alda is not only hosting a podcast titled "Clear + Vivid" but he’s also starring in the upcoming film “Marriage Story” alongside Scarlett Johansson and Adam Driver.

“I work so hard,” he continued. “But I guess that’s part of it. I feel like a kid because I’m working so far.”

Alda even quipped that those who work with him call him “the world’s oldest millennial.”

“That’s what they call me at my office because I’m very into computers and social stuff, you know,” he said. “And my podcast. I’m very happy with all that stuff."

Back in February, Alda described to Fox News what it was really like reuniting with his former “M*A*S*H” castmates for his podcast.

“The reason why I wanted to bring them together was not just for the reunion — we have reunions all the time,” explained Alda at the time. “We get together for dinner at least once a year. What I realized was that the experience with them on “M*A*S*H” taught me something that really led in part to the podcast in itself.”

Alda said he and his “M*A*S*H” castmates were always determined to better understand each other over the years.

ACTOR ALAN ALDA CHALLENGES SCIENTISTS TO EXPLAIN 'WHAT IS SLEEP?'

“We figured out how to relay to one another off-camera by sitting in a circle of chairs and just kidding with one another and laughing together,” recalled Alda. “So we had this connection when cameras turned on. And it turned our performances into something much more alive than it would have been otherwise. It was the essence of the show. Once we began talking to each other, we quickly got past that experience of sitting in chairs and sharing stories.”

Alda said that even now, he’s still learning some surprising facts about the making of “M*A*S*H.”

“Mike Farrell tells a story really well about a series of practical jokes that everybody played on one another,” Alda chuckled. “It started with a hilarious joke that got even more hilarious when the other person got revenge. I wasn’t in on the practical jokes. So I didn’t know what happened. But it’s a really wonderful story and Mike tells it very well on the podcast.”

Alda also recalled filming the show’s final episode, titled “Goodbye, Farewell and Amen,” which he also directed. The Washington Post reported more than 106 million viewers watched the series finale. The newspaper shared the episode was so highly anticipated that 30-second advertising slots sold for $50,000 — more than some slots for the 1983 Super Bowl.

In addition to this, the United Press International reported that an estimated million viewers in New York City alone used the toilet after the show ended, pouring 6.7 million gallons of water through the city’s sewers.

Alda said the pressure was on to deliver a final goodbye that fans wouldn't forget.

“I wanted to end it in a way that showed that everybody was going home with some kind of wound from the war,” said Alda. “That the war didn’t leave anybody the way they were when they started. Sometimes it was physical wounds and sometimes it was emotional. We wanted to be authentic about that and genuine.”

“I also wanted to give everybody a goodbye, including the extras,” Alda continued. “You know, the audience got to know the extras on the show. So I gave them all speeches about what they were all going to do when they got home. Which didn’t always go well with them because they weren’t used to acting, they were all used to being in the background.”

The star admitted he was faced with even bigger obstacles.

“The other challenge directing the final episode was the outdoor location that we used in the mountains of Malibu,” said Alda. “It caught fire on a Friday night or Saturday morning and the entire set burned to the ground. I still had a lot of scenes to shoot there. So I spent the weekend rewriting the script and wrote a fire into it. And the rest of the show took place in another location. But that’s what one of the fun things that happen when you’re acting. You have everything prepared. Everything is all set up to go, and then at the last minute, you have to improvise, which is exciting.” 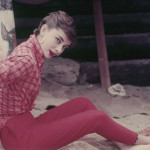 Audrey Hepburn had a love affair with Marilyn Monroe’s photographer... 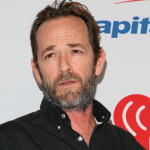 Luke Perry shines in ‘Once Upon a Time in Hollywood’...