Robert Evans, the protean and fast-living Hollywood producer who backed such seminal 1970s films as "Chinatown," ''The Godfather" and "Harold and Maude," has died. He was 89.

A representative for Evans confirmed that Evans died on Saturday. No other details were immediately available.

His career was a story of comebacks and reinventions. Evans had launched a successful women's clothing line with his brother, Charles, and was visiting Los Angeles on business when actress Norma Shearer saw him sunbathing by the pool at the Beverly Hills Hotel. She persuaded her husband, movie mogul Irving Thalberg, to hire the handsome, dark-haired 26-year-old to play Thalberg himself in "Man of a Thousand Faces," a film about horror movie star Lon Chaney.

After acting roles faded, Evans re-emerged as head of production at Paramount Pictures and quickly converted the studio from a maker of mediocre films to the biggest hit machine in Hollywood, home to "The Godfather" and "Love Story" among others.

Years later, and with many flops in between, he produced the 2003 Kate Hudson-Matthew McConaughey film "How to Lose a Guy in 10 Days." In 1997, he was widely believed the model for Dustin Hoffman's petty-minded Hollywood producer in the satire Wag the Dog."

Evans continued the drama off screen by marrying some of the industry's most glamorous women. He was married seven times. His wives included actresses Ali MacGraw, Catherine Oxenberg and former Miss America Phyllis George.

Evans penned the 1994 memoir "The Kid Stays in the Picture," which was turned into a documentary in 2002. 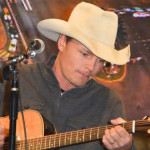 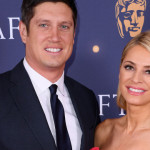