Proud mum-of-four Victoria Beckham has shared a video of her son Cruz that will melt fans' hearts. The 13-year-old has shown that he's continuing to follow in the footsteps of his Posh Spice mum by singing a soulful rendition of Ed Sheeran's Thinking Out Loud. In the video, which Victoria shared on Friday evening, young Cruz belted out the beautiful song to his mum – who giggled after the performance. And, we have to admit that we're seriously impressed! Of course, this isn't the first time that Cruz has showed off his musical talents – perhaps he really does have a glittering pop career ahead of him like his Spice Girl mum?

Last year, Victoria shared a video of Cruz singing another Ed Sheeran song, while also doing a very good job of playing the guitar. In fact, fans started seeing Cruz's vocal performances online as early as 2016, when his dad David shared a video of him singing Anna Kendrick's 'Cups' from the film Pitch Perfect. Later that year, little Cruz even released a Christmas song for charity, called If Everyday Was Christmas. David spoke out about Cruz's decision, revealing on Good Morning Britain: "Cruz came for us very recently and said, 'How about I do a Christmas song and all the proceeds go to charity?'", He added: "There’s nothing more to this than that at the moment. He's 11-years-old, he's still at school, he's still concentrating at school, that's the most important thing but he wanted to give back."

Cruz has also recently been showing how he takes after his dad, too. Last April, he joined David for a gym session in Los Angeles. The teenager made his way through a series of challenging exercises alongside his dad, including battle ropes, sit ups and pushing a weight sled across the gym floor. Cruz later demonstrated his impressive gymnastics skills in an Instagram video, showing himself running up and performing a flip over a box. "Flips," he captioned the short clip.

Is there anything this talented young man can't do? 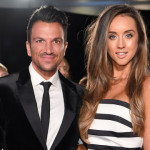 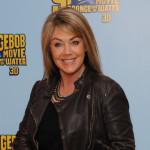 Lucy Alexander pays moving tribute to daughter on anniversary of...