Here's how some of the nominees reacted to when they heard they were up for Grammy Awards, which will be handed out Feb. 10 in Los Angeles:

"Art is thriving. I've been so inspired by the creative climate this year has generated, and I'm SO thankful to be nominated alongside some truly brilliant & innovative artists. Thank you from the bottom of my heart." — Kacey Musgraves, nominated for album of the year, best county solo performance, best country song and best country album, said on Twitter.

"Such a real freaking honour, shock and surprise to be nominated for 'electricity' I truly love this song so much" — Mark Ronson, nominated for three Grammys, said on Twitter.

"THIS IS INSANE. I DON'T KNOW WHAT TO SAY. 5 NOMINATIONS?????" — H.E.R. on Twitter, reacting to her nominations for album of the year, best new artist, best R&B album, best R&B performance and best R&B song.

"Song of the year and best r&b song be de da doooooo" — Ella Mai, whose song "Boo'd Up" is nominated in both categories, said on Twitter.

"Unbelievable, speechless right now. I LOVE YOU." — Shawn Mendes, nominated for song of the year and best pop vocal album, posted on Twitter.

"WHY DON'T YOU JUST MEET ME AT THE GRAMMYS! 5 nominations?! I am so honored @RecordingAcad and so proud of all my GRAMMY NOMINATED FRIENDS." — Maren Morris, nominee for record of the year, song of the year, best pop duo/group performance, best country solo performance/country and best country song, said on Twitter.

"Woke up filled with hope. Dreams come true y'all… thank you @xtina. I love you so much." — Demi Lovato, nominated for best pop duo/group performance for "Fall in Line" her feature with Christina Aguilera, posted on Twitter.

"You deserve it all and getting to work with you was its own award for me @ddlovato. There's no one I'd rather share this with!!!" – Aguilera tweeted in response to Lovato's initial post.

"What a humbling list of friends and creative influences to be on. Thank you @RecordingAcad!" — Patton Oswalt, nominated for best comedy album, said on Twitter. 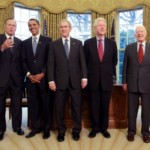 Measuring the Record-Breaking Presidential Lifespans of George H.W. Bush and... 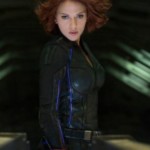