Gina might be busy plotting to break up Sally and Tim on Coronation Street, but the actress behind the role, Connie Hyde, couldn't be more different from her scheming onscreen character! Connie opened up about how she switches off from playing the intense character, and the lovely gifts she gives to her cast mates behind-the-scenes. Chatting to HELLO!, Connie revealed that she likes to switch off by doing some gardening on her allotment, explaining: "[Growing vegetables is] lovely though, when you see the sprouts on the stalk, so that’s usually my Christmas present to everyone – a dirty old sprout stick."

Connie opened up about switching off from Gina

She continued: "I did [bring] the courgettes [onto set]. You always get a glut with courgettes – nobody likes them, do they – well now that spaghetti, that spirally…it's got fashionable, hasn’t it, courgetti! I brought in courgettes, and the sprouts… Some people appreciate it and some people don't." The actress also spoke about how "exhausting" it was to play the character, saying: "At the moment… I did find that hard at first to be honest, because a lot of the scenes were written hyper and that is quite exhausting. But now, all this, you'll see a very different side to her – a very, very different side to her. It hasn't been as exhausting to play, but yeah… when I started and she was quite hyper, you could see in normal life how people deal with that themselves."

In the lead-up to Christmas, Connie's character Gina finds herself falling in love with her sister's husband, Tim, and tries to distract herself by joining a dating website. After Tim starts to believe that Sally might have had an affair, he turns to Gina as his confidante. Manipulating the pair, Gina tells Sally that Tim doesn't want to meet her as he is too angry, leaving Tim upset and confused when Sally cancels their meeting. 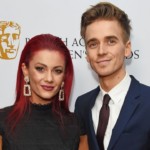