Strictly Come Dancing star Joe Sugg refused to deny the romance rumours surrounding him and his dance partner Dianne Buswell. Appearing on This Morning earlier this week, the YouTube sensation insisted that the pair are "too busy" for anything but rehearsing and performing for the BBC show. When quizzed by host Phillip Schofield about the dating rumours, Joe smiled and coyly said: "Here we go! Do you know what, it's so nice, I've met such a good friend in Dianne." Leaning forward Phillip remarked: "And…?" Laughing, Joe replied: "We haven't got time to think of anything like that! We're so busy dancing."

Phillip then probed: "Is that a no?" To which Joe said: "We're so busy dancing! We haven't got time!" Australian professional Dianne – who recently confirmed her split from Emmerdale star Anthony Quinlan – went on to praise Joe's efforts with all his dance. "He is an absolute dream to teach," she gushed. "Everything I tell him he takes on board. Not only is he such a hard worker, he does it with so much fun. We haven’t had a day in the studio where we haven’t laughed continuously… I've had the time of my life."

In October, pictures emerged showing Dianne heading to Joe's flat after a long day of training, which added fuel to the romance rumours. In a recent video shared on Joe's YouTube page, the pair poked fun at the rumours, with Joe saying: "Dianne's around my house, I can't believe it. That can only mean one thing, Dianne's around my house for a YouTube video, it must mean we're going out with each other." Newly-single Dianne added: "It must mean that. Hello, boyfriend." Joe then remarked: "If a girl comes round a boy's house for a YouTube video, definitely boyfriend and girlfriend."

The post comes shortly after professional dancer Dianne announced she had parted ways from Emmerdale actor boyfriend Anthony Quinlan. A representative for the Strictly star confirmed the sad news to HELLO!, saying: "Due to their busy schedules and the distance they have separated but they still remain close friends." Shortly after, Anthony dismissed the Strictly "curse" as the reason for their breakup. "We're still really good friends – it's just distance played a part," he told Daily Star. "There were all these rumours about the Strictly curse but it wasn't that." 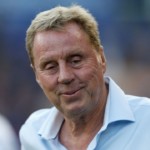 I'm A Celebrity's Harry Redknapp receives sweet message from his... 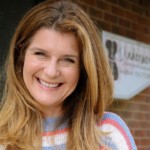 Corrie's Connie Hyde reveals how she disconnects from her character...