It's been revealed troubled wrestling legend Chyna wanted to make up with WWE before her shock death in 2016.

The former Women’s and Intercontinental Champion passed away aged 46 due to a drugs overdose.

Chyna, real name Joan Laurer, shot to stardom in the wrestling boom of the 1990s but has not been affiliated with Vince McMahon’s company since 2001.

But in a newly-released video recorded just two months before she died, Chyna emotionally revealed how she wanted to meet WWE officials to apologize.

The video was released by Rob Potylo, who was a friend of the “Ninth Wonder of the World”.

In it, she says: “I don’t want to show up at all these places with all my brothers and sisters that I was in the trenches with, on the road with, that I love, that were a huge part of my life – to see them now and feel awkward because of the repercussions of the battle with the WWE.

“I would like to just be able to do this privately where I can atone and say I’m sorry for the things that I’ve done. And I do, I feel bad about having said certain things under duress and pain and things that I haven’t resolved privately, and that’s all I wanna do.

“In the meantime, I just wanna tell everybody how good things are going, and how excited I am to show you what’s coming in the future and to thank you for all your love and support.”

Potylo shared the video this week with a plea for WWE to finally induct her into their Hall of Fame.

The caption alongside the clip read: “Anyone who questions how much she missed her wrestling family, or what the WWE Hall of Fame meant to her.. Watch. Might be some tears… Please RT. Let Chyna In.”

Both her former boyfriend Sean “X-Pac” Waltman and mother Jan LaQue have called for her induction recently.

Her mom wrote on Facebook: “As many of you know, yesterday would have been Joanie’s (Chyna’s) birthday. I truly appreciate all of the messages and remembrances of her that were posted by so many of you. As you can imagine, it’s always a very sad day for me. But it helps a lot to know how many people remember her and loved her.

“It’s one of the worst things in the world to lose a child. We HAVE to get her into the WWE hall of fame. She richly deserves to be there. WWE – LISTEN UP and do what’s right for Chyna!! You owe her that for what she did for you and women’s wrestling. She earned her place there. And it’s long overdue.”

Chyna remains one of the most influential women in the history of the business after her WWE exploits.

She went on to have brief stints with rival promotions New Japan Pro Wrestling and TNA, but many believe it was her foray into the adult entertainment industry that is keeping her out of the Hall of Fame.

Chyna died on April 20, 2016 with an autopsy confirming her death was due to an accidental overdose from mixing alcohol and prescription drugs.

This article originally appeared in The Sun. 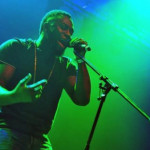 Rising British rapper Cadet killed in car crash while on... 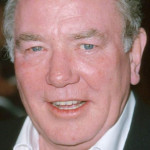