“The Walking Dead” actor posted an Instagram photo on Christmas Eve showing his daughter’s tiny hand in his with the caption: “A lot to be thankful for this year. this one especially. Love u Diane Mingus @helenachristensen [Helena Christensen] Happy family.”

Reedus has a 19-year-old son, Mingus, who he shares with the Danish supermodel.

Kruger replied to the post with an “I love you,” while Christensen commented, “Merry Christmas and lil baba love you guys.”

Reedus and Kruger welcomed their first child together in November but gave fans very few details about their newborn. Kruger revealed to “Extra” earlier this month that she gave birth to a baby girl, but kept the child’s name private.

The couple has kept their relationship private since they began dating in March 2017. They made their red carpet debut in January. 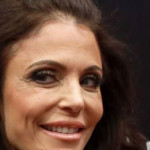 Bethenny Frankel makes relationship with new boyfriend who saved her... 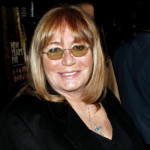 Jay Leno says Penny Marshall's kindness was a 'shock' during...