Harry Redknapp has been a firm favourite on this year's I'm A Celebrity since his entered the jungle nearly two weeks ago. Viewers at home are enjoying listening to his countless stories, and fascinated by his famous family. Harry's former daughter-in-law Louise Redknapp appeared in the 2016 series of Strictly Come Dancing when she was partnered with Kevin Clifton, and hit headlines soon after when she was linked to the infamous Strictly curse following her divorce from Harry's son Jamie Redknapp. However, family man Harry had nothing but great things to say about Louise in his autobiography when the couple were still married, calling her a "lovely girl".

The dad-of-two wrote: "Jamie and her make a lovely couple, so Sandra and I were thrilled when the two of them got married. Jamie couldn’t have met a nicer girl. She’s a very caring person." Harry also said that him and wife Sandra were "good judges of character" and that they recognised Louise as being "one of us." He added: "There’s no side to her, nothing big time about her at all. She’s just a lovely girl." Although Louise and Jamie divorced last December, the pair remain doting parents to their two sons, Charley, 14, and Beau, ten.

Harry with his youngest son Jamie

It's clear how much Harry's family adore him, and just after he arrived in the jungle, son Jamie shared a sweet throwback photo of the pair together on social media, writing besides it: "#tbt to before he was the most famous storyteller in town." Harry's impressive stories have ranged from his encounters with the royal family to his love for his wife. He melted fans' hearts as he told Fleur East and Sair Khan how he rings her up to ten times a day, and Sandra is his life. When asked what the secret to his happy marriage is, Harry told his fellow campmates: "We just get on so well, I only want to be with her. I can never wait to see her." The couple met as teenagers during a dance at the Two Puddings pub in East London. Harry was out with his friend 'Macca', a "good-looking geezer" who played for West Ham. "I look back on it now and think Sandra must have seen us both coming over and thought, 'I hope I ain't got him,'" said Harry, referring to himself. "And she went for me. 54 years later we're still going strong. And Macca ended up as an undertaker so really Sandra had the better deal in the long term." 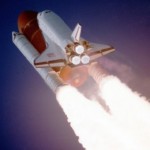 A Gen Xer dreams of the Space Shuttle 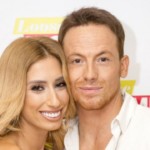 Stacey Solomon has announced some very exciting news - and...