After winning over the nation's hearts on this year's Love Island, Dani Dyer and Jack Fincham have announced their split after six months together. Dani, 22, shared the news on her Instagram stories on Thursday, writing: "Jack and I have sadly decided to part ways. It's been an incredible six months, and we will always have a place in our hearts for each other, but we've sadly come to the realisation that it's not meant to be long term. We both plan to stay friends. I hope you'll all understand. Love Dani x." Meanwhile, Jack, 26, has remained silent on the situation. Not only does this mean that love is dead, but the news also awkwardly came on the same day that the Love Island Christmas special reunion trailer was aired. The former lovebirds are also due to host the National Television Awards 2019 together.

Dani, who is the daughter of EastEnders actor Danny Dyer, was sceptical of Jack when she first met him on the ITV2 reality show, but they soon embarked on a whirlwind romance and left the Mallorca villa as the show's winners. Stationary salesman Jack met Dani's family and made various appearances on the red carpet with them, before they moved in together and got a dog. The former couple even started filming for a new TV series, but Jack admitted at the time that he was finding it stressful, telling The Sun: "Filming the show wasn’t easy. It was tough, it was intense – you’re on camera most days of the week all day long. We had bickers during filming just like any other couple. I got emotional with Dani doing it; I even had a couple of tear ups. But Dani and I got through it."

The couple quickly moved in together

Fans are devastated by the news, with many taking social media to share their own heartbreak over it. One wrote: "I actually cannot deal with the fact Jack Fincham and Dani Dyer have broken up. Nope, refuse to believe it. They were the fairytale," and another added: "Not gonna lie this hit me like a knife to the heart here’s me waiting on a baby announcement and wedding bells…. gutted. Wish you both all the best though! @Dani_MasDyer @jack_charlesf #thedreamisover" But all hope of love is not lost, as there are still three Love Island relationships to believe in – Zara McDermott and Adam Collard, Kazimir Crossley and Josh Denzel, and Megan Barton Hanson and Wes Nelson. 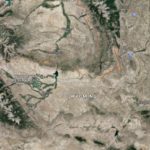 On Political Geography and the Preservation of the Senate
Who is John Barrowman's partner Scott Gill? Find out everything...