Since Trump’s election, I have seen any number of articles bemoaning the fact that people who live in sparsely populated or rural states are overrepresented in the Senate, while those living in populace states are underrepresented. Former Representative John Dingell’s piece in the Atlantic today is the latest of these. The idea is that the majority of the population is held hostage to the whims of the small(er) proportion of people living in rural areas. To increase representation and democratic fairness, therefore, the Senate and Electoral College should be abolished and all representatives should be elected on the basis of population.

I have a few points. First of all, this will never happen. We will never abolish the Senate, or at least certainly not as long as the political climate remains in the kind of deadlock that it is in now. Not that deadlock is necessarily bad; it has a number of positive effects, actually. Anyways, the issue is a Catch-22. If the political climate of the country became more relaxed and enacting measures that require a supermajority of the population and state legislatures, such as amending the Constitution, became more plausible, then there would be no real need to abolish the Senate. Calls for the abolition of the Senate and the Electoral College are predicated on the existence of a fierce sense of enmity within the government itself. If the enmity were to dissolve then there would be no need to change the ways things are currently being done.

Secondly, providing outsize representation for smaller states serves an important purpose in the government. The government’s presence is more necessary in rural areas where populations are spread more thinly. Actually, many of the tasks that government accomplishes have more to do with territory than they do with population. The provision of roads and other infrastructure, for example, is largely the role of the government, and rural areas require larger investments per capita than urban ones in this respect. The obligation of the government to defend the nation’s border is also one that is tied to the size of the territory that is to be defended. Rural areas require more defense and therefore more government investment. Providing rural citizens with outsize political influence is one way to insure that this investment occurs.

Thirdly, political allegiances generally bifurcate at the line between the city and the country. If rural voters are a minority (as these articles assert that they are) then they should be protected by structures similar to those adopted in Middle Eastern countries, in which different religious sects are guaranteed positions in the government. So, for example, in Lebanon the number of legislative seats is divided between those available to Christians and those available to Muslims. This is not proportional representation, of course, but it is still wise policy because measures that insure the political power of minorities can be very important. When gaps exist between different populations within a country, smaller groups can fall prey to the tyranny of the majority.

If Americans living in rural states constitute a minority (they do), and if they have political views that differ significantly from those of the majority (they do), and live a lifestyle that is to some extent unique and is dependent on assistance from the government for its preservation (they do), and if this lifestyle is, furthermore, vital to the security and well-being of the nation (it is), then I think that it is reasonable to provide those living in rural areas with slightly greater political power than they would otherwise hold.

My fourth and final point is perhaps the most controversial one. This is the suggestion that, if you are envious of the fact that people living in Wyoming enjoy disproportionate representation in the legislature and you covet some of that political power for yourself, maybe you should consider, you know, moving there. There are no laws in the US that prevent someone living in California from simply packing their bags, driving a few hundred miles, and setting up shop in Cheyenne or Evanston or Laramie. Prices are lower in the country than the city, a fact that should facilitate this migration. Wages are lower, too, of course, but hey think of how well represented you’ll be!

Is anyone going to do this? No, of course not. People like cities. They like coasts. Most people wouldn’t move to Wyoming if you paid them to. And if they did, many people set their political compasses according to the thoughts and feelings of those around them. Even if you could convince some coastal types to make the trek into the vast continental interior, you might come back a few months later to find that they had adjusted their convictions to better fit into the political landscape.

If this could be avoided, however, it really would be a very effective method of influencing the nation politics. Even a few thousand highly-motivated new Wyomingers (??) could have serious implications for the political direction of the state. This, in turn, would have really serious implications for the political direction of the country, since one party usually only holds a majority in the Senate by a seat or possibly two. So if you’re serious about making political changes to this country, I’d say you should consider moving to Wyoming.

On Political Geography and the Preservation of the Senate 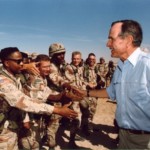