Brooke Burke is the latest celebrity to suffer property damage from a California fire.

According to the Los Angeles County Fire Department, the fire at the home had spread to the floors and walls, making it difficult for responders to access the property to extinguish the blaze.

Thankfully, there were no injuries; it's unclear whether anyone was home at the time of the fire.

A cause for the fire has not yet been reported.

A rep for Burke did not immediately return a request for comment.

MILEY CYRUS AMONG CELEBRITIES TO LOSE HOMES IN CALIFORNIA WILDFIRES

Several other celebrities have lost homes in California wildfires.

Miley Cyrus, Camille Grammer, Robin Thicke, Gerard Butler and Neil Young all lost their Malibu homes this year in the Woolsey and Camp Fires in California. 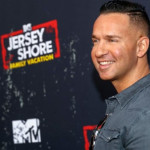