Mayim Bialik is on the mend after ending a five-year relationship.

"The Big Bang Theory" actress admitted on Christmas Eve that she was "not doing so well" after her recent breakup. But just one day later, Bialik, 43, told fans she's doing a lot "better."

"Better this morning," the actress shared on Christmas. "Couch more comfortable with blanket as substitute sheet. New earrings by my friend’s daughter Iris cheered me up. Cat on meds for kidney infection and hopefully he will be better soon. 🐈 Heading to a 🍿 movie and Chinese food. Like we do. #whatjewsdoonxmas …Merry 🎄 Christmas, everyone!"

Just one day earlier, Bialik admitted to feeling lonely over the holidays, writing on Instagram, "I’m newly single and not doing so well to be quite honest."

The "Blossom" star revealed last month she split from her boyfriend whom she did not name. On December 18, she wrote about the breakup on her website, Groknation.

"My love story is nothing particularly exceptional. I mean, he was — er is. I was an exceptional iteration of myself with him. For five years in fact. And now it’s over,” Bialik wrote. “There is rarely good timing for a break up. But most certainly, the worst time is now. In case he is reading this, I’m just meh with this timing. Because say what you will, the holidays are a time to not be recently broken up. I know this much is true. The air is full of clarity and possibility.”

Bialik was previously married to Michael Stone from 2003-2013. They share two sons. She opened up about spending Thanksgiving with her ex-husband and his new girlfriend right after her own breakup.

"I would be lying if I didn’t say I was nervous. I am single again and it was painful to be ‘alone,’” she wrote on November 27. “Doing separate holidays seems excessive and sad. We are a family even though we are divorced. I want to witness them eating the foods we make them and it feels good to sit at a table with them and their father.” 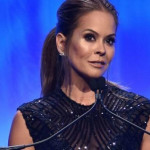 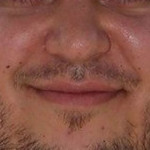