Martin Lewis had Kate Garraway in tears during an interview on Good Morning Britain on Thursday, where he opened up about the tragic death of his mother. The presenter opened up about his mum's unexpected death, which took place just three days before his 12th birthday, as he revealed why he has become a patron for the charity Grief Encounter while promoting their new campaign, 1 Million Minutes. He said: "I lost my mum just before I was 12. It was very sudden. And it's something I struggle to talk about… It took me a very long time to recover from that. I worked with the charity but when they asked me to be a patron it took me a few months to decide, because I can't talk about it and the reason I became a patron is so that in 30 years when somebody in my position is asked about it they will have had the counselling and the work to be able to sit here and not be in the discomfort I'm in now."

Martin spoke about being a patron for the charity

Kate wiped away tears as Susanna Reid asked an emotional Martin: "Can you feel the hug?" to which he replied: "Best not," before moving on and diffusing the emotional moment by launching into his latest money saving deals. The finance journalist previously opened up about his mother's death on Radio 5 Live back in March 2018, and revealed that she was tragically killed in a car accident. He said: "It was three days before my 12th birthday… When I got home I was told… there had been an accident involving a lorry but no one told me how serious it was. I remember worrying that my mum wouldn't be there for my birthday… The next day my dad told me that she died that morning and that was the end of my childhood, that moment. I cried every day until I was 15 and then I stopped crying and became brittle."

Martin was overcome with emotion during the interview, and continued: "You'll know this, it's the defining moment that changed my life… Even when I married my wife, when it was Mother's Day she'd do something with her mother and I couldn't go with. I couldn't cope with Mother's Day. Only now, thank God with the great joy of having my own daughter, that my wife has become mummy can Mother's Day is something I can finally cope with." Speaking about the grief counselling charity on GMB while encouraging the public to get involved, he said: "Some of us have pain and problems beneath that surface that we don't let on and we probably shouldn't most of the time but there are times we need to expunge it." Details on how to get involved can be found here. 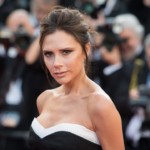 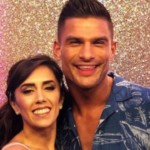