Victoria Beckham has revealed a very special ornament on her Christmas tree – a figurine of herself from her Posh Spice days! The tree topper figurine shows the Spice Girls band member dressed in one of her signature mini black dresses and holding a microphone, and the fashion designer posted a snap on Instagram stories, captioning the post: "Kisses from Dover Street VB. Spice," accompanied by a chilli emoji.

Victoria shared a snap of her Posh Spice tree ornament

Victoria is still very proud of her Spice Girls roots, despite the fact that she won't be joining her fellow band members – Emma Bunton, Mel B, Mel C and Geri Horner – on their reunion tour in 2019. Posting a photo of the girls on Instagram, she wrote: "Today marks a special day for the girls as they announce the first tour dates since we performed together in 2012! I won't be joining my girls on stage again but being in the Spice Girls was a hugely important part of my life and I wish them so much love and fun as they go back on tour next year. I know they will put on an amazing show and the fantastic fans past and present are going to have a wonderful time!"

Speaking about her absence from the tour, Mel B said: "It's just the four of us that are fully committed but Vic might join us at some point. I hope so. It would be a shame if she didn'’t. She's got a full on life with her work commitments, fashion line and kids. She's just not committing just yet." Speaking about the mum-of-four on The Jonathan Ross Show, Mel C added: "Do you know what is actually quite funny… I saw Victoria recently and obviously we've all been in contact, she is still very much a part of the Spice Girls, she really supports us and we really support her. But she did raise the point that she was never actually asked. We just presumed." 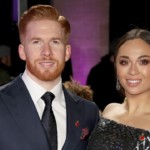 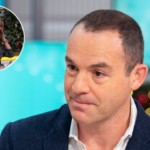 GMB's Kate Garraway in tears after Martin Lewis opens up...