Rob Kardashian is very much a part of the Kardashian family's Christmas festivities, even if we don't always see him.

The former "Keeping Up With the Kardashians" star made a slight, rare appearance in a video Khloe Kardashian shared to her Instagram Story on Tuesday morning, as she and the rest of her siblings headed downstairs with their kids to open gifts.

Khloe entered a room filled with presents behind Kim Kardashian's husband, Kanye West, as well as Kendall Jenner and Kourtney Kardashian and her kids, Mason, Penelope and Reign. She then panned the camera over in her brother's direction, as he held his 2-year-old daughter, Dream.

Rob's rare appearance comes just days after Khloe defended her brother's privacy. He took a step away from the spotlight, including the family's reality show, last year.

"My brother is my entire world! He is definitely a king," Khloe replied to a fan criticizing her for not mentioning her brother in an Instagram post. "It is a shame that you can't [sic] respect us for respecting his privacy. You should not comment if you truly aren't informed on our family."

INSIDE THE KARDASHIANS' OVER THE TOP CHRISTMAS PARTY

A source told ET earlier this month that Rob has "turned his life around" after being told his weight gain could eventually threaten his life. The source said that he's been working with a trainer and feels better than ever.

“Rob has struggled nonstop for years with his weight and he finally seems to have turned his life around,” the source shared of Rob, who has lost 30 to 50 pounds. “Lately Rob’s friends have been talking about how proud they are of him because he made his health a priority.”

ROB KARDASHIAN TURNED HIS LIFE AROUND AFTER 'LIFE OR DEATH ULTIMATUM,' SOURCE SAYS

“He was warned that if he didn’t lose weight, it could eventually become life or death, but since then he lost pounds and feels so much better,” the source continued. “He works out regularly with a trainer and that has made a difference in his shape. He really is beginning to look like the old Rob.”

Next Post
Mayim Bialik doing 'better' after saying she's 'not doing so... 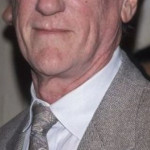