It’s been a whirlwind of a year for Strictly Come Dancing pro Gorka Marquez and his girlfriend Gemma Atkinson, who announced their relationship on Valentine’s Day after hitting it off on the 2017 series of the show. And now, the popular couple have a reason to celebrate their first year together on a high. On Tuesday, Gorka took to Instagram Stories to reveal that they have been filming a secret project together in Manchester, which is bound to go down a treat with their fans. While he didn’t give any details away, it won’t be long until fans find out.

Gemma and Gorka regularly share gushing posts about each other on social media, and recently fans predicted that marriage will soon be on the cards after they celebrated Gemma’s birthday. The former Emmerdale actress had shared a loved-up photo of the pair on the beach in Blackpool on her big day – where they had been for the Strictly Blackpool special that Gorka was working on. Fans were quick to comment on their happy relationship, with one writing: “Proposal and babies the way you two are going,” while another said: “Marriage and babies!” while another posted an emoji of an engagement ring emoji.

Gemma and Gorka have been dating since the beginning of 2017

Meanwhile, Gemma was there to support Gorka on this year’s Strictly when he was partnered with Katie Piper. And although the couple met on the popular BBC One dance show, they have never actually danced together! “No ballroom dancing for me and Gorka,” Gemma told HELLO! and other reporters at the TV Choice Awards. “We dance in the club, but don’t do any ballroom!” Gemma also admitted that there is only one person she would be able to practice her Strictly moves with, and that’s her former dance partner Aljaz Skorjanec. “I have not danced since the final. I could only ever dance with Aljaz. It’s like climbing up Mount Everest and feeling I have peeked,” she said.

Gemma spoke to HELLO! about her relationship with Gorka 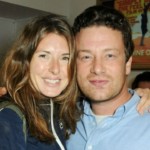 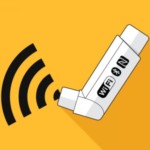 Why we need to think differently about drug delivery device...