Last night, my phone lit up with an NPR notification that George H. W. Bush, the 41st president of the United States, had died at age 94. I felt a similar progression of feelings that I had experienced with McCain: but this time, more than any other emotion, I felt frustration at the fact that my feelings about the passing of the man who created political dynasties in America were immediately colored by the plethora of voices coming together online. Today, the reaction to the death of a public figure — and the reaction to everything that happens, if we’re being broad — is immediate. There was no time to process my feelings about the situation before everything was filtered through millions of opinions on Twitter. Rather than contemplate mortality and the brevity of human accomplishment, I was instead looking up Bush’s complete policy platform during his time in office, every budget cut he made, every bill he signed into law, trying to decide how I should feel about the death of this man based on his political agenda.

It was 12:03 A.M. when I turned my phone off and laid back down in my bed and really tried to process how I felt: not how CNN analysts felt, not how Hillary Clinton felt, not how random Twitter uses felt. Filtering my reaction to an event like this through mediums like Twitter makes it hard to pin down my feelings because of the wide variety of opinions and facts and statistics; only when acting on my own accord, using only the knowledge in my head and the feelings I already possess, could I figure out what I was feeling.

George H. W. Bush did some horrible things in office: as vice president to Ronald Reagan in the 1980s, he and Reagan ignored the AIDS crisis that was claiming the lives of thousands of gay men in America; he was actively against LGBTQ rights until late in his life; he expanded the War on Drugs and expanded federal prison programs which led to higher mass incarceration of predominantly African-American males. He did some good things, too: he temporarily banned semi-automatic rifles (which lost him the support of the NRA); and he signed the Civil Rights Act of 1991, as well the Americans with Disabilities Act. He made mistakes that cost people their lives, and he did things that helped Americans live their lives to the fullest.

What’s interesting about this aging population of Republican politicians who had power in the 1960s and beyond (to around the late 2000s) is that we can’t help but compare them to the Republican Party as it exists today: next to Lindsay Graham (R-SC) and Donald Trump, Republicans like John McCain and George H W Bush look like the ideal portrait of the American politician. The platforms of Trump and Bush aren’t radically different: there are many goals that the two shared, like tax cuts and harsher criminal justice. But where they differ is in their demeanor, in the way they carried themselves and the way that they acted towards allies and opponents alike. This morning, Hillary Clinton shared in a Tweet that she admired Bush for his ability to listen and to relate to everyone, even in disagreement: that’s what we are so sorely missing in American politics today, and what makes it so easy to miss the politicians you disagreed with fundamentally. When McCain passed away this past August, there was a video circling Twitter and Facebook, where McCain answers a question from a woman at a Town Hall late in his 2008 campaign against Obama: the woman accuses Obama of being a non-citizen Arab whom she can’t trust, and McCain cuts her off, stating that “he’s a decent family man, a citizen that I just happen to have disagreements with on fundamental issues, and that’s what this campaign is all about.” He continues despite the boos from his crowd of supporters: “I admire Sen. Obama and his accomplishments, I will respect him. I want everyone to be respectful, and let’s make sure we are. Because that’s the way politics should be conducted in America.”

And that is how politics should be conducted in America, but it’s not. I was almost nine years old during the 2008 general election, and I remember admiring Senator McCain because he truly seemed like a genuine and good person. Maybe it’s because he really was a good person; maybe it’s because he’s opposite Sen. Mitch McConnell (R-KY), and next to angry and hateful modern Republicans, men like McCain and Bush look better than they are; or maybe the media really did lionize him, and allowed me to overlook his mistakes.

If nothing else, the passing of a political mogul whom you disagreed with still holds lessons for us all: politics has always been nasty; there have always been, and there always will be public figures you despise for their values. But there hasn’t always been this stubborn heel-digging ideology we see today. There haven’t always been punches thrown with no retraction, and there hasn’t always been this easy dismissal of American values in exchange for political expediency. The reason I mourn these men, other than the fact that they’re human and have families and lives and histories, is because they have given us a glimpse of what we once were and what we should strive to be again. And no, I don’t mean in the “make America great again” sense and I don’t mean that what we once were was perfect by any means; I mean that there existed a grace in the Capitol once upon a time. There existed a type of respect; one were senators could not only look each other in the eye and state their case but listen to one another. The things they argued for weren’t always good: I’m sure there were calm conversations about slavery and Japanese internment camps and many other heinous crimes committed by our government (also, there was that one time that a House Rep beat a Senator with a cane). But the fact is that compromise is better than dogmatic camping (most of the time: of course, compromises like the one proposed by Roger Sherman and James Wilson that legalized counting slaves as 3/5ths of a person for purposes of manipulating the electoral college was disgusting and heinous; I’m hoping for compromises on things like affordable health care and tax plans), and we don’t seem to do a whole lot of compromising these days. And what we’re beginning to lose is the generation of men and women of both parties who were not only capable of compromise but encouraged it.

What I struggle to grapple with is this: the immediacy of news today leads to the instant lionization of political giants when they pass. Even I, who didn’t agree with much of his policy, got a bitter taste in my mouth when I saw Tweets from people celebrating Bush’s death. There’s a stark difference between how I tolerate hating politicians when they’re alive versus hating them when they’re dead in the sense that it bothers me to speak ill of someone who no longer walks this earth. So instead, we idolize them: we blot out the mistakes they made and talk only of their character; we whitewash the wars, the genocides, and remind the American people of the sparse moments of unity brought about by these men. I can’t accept that, either. The fact is that every American politician (and every American baker or banker or teacher or French construction worker or Korean journalist, must I continue?) makes mistakes. Every president we’ve had has done something horrific, something that seems to spit in the face of our ideals. Every president we will have in the future will do the same. The human condition is to fail: to fail yourself, to fail others, to fail God himself. And we spent the hours following Bush’s death to either analyze his mistakes or to exalt him far past his failures. It’s rare to see a media outlet or an individual online recognize that politicians have the same human disposition that we do: to fail when we’re trying our hardest; to be selfish in a way that truly hurts others; to say the wrong thing; and, to let the best parts of our humanity shine through. To love others. To do what is right. To speak against hate, to lift up our neighbors. Can we celebrate the life of someone who did so many things wrong? Should we turn the other cheek and believe the world will be better without people of certain beliefs? Is there a way to reconcile these opposing reactions, and to look at deceased politicians with a sense of understanding that good men are capable of evil and evil men are capable of compassion?

How do I feel about the passing of Bush? All in all, I feel sad. I feel sad for an America which seems to be slipping through the cracks, an America that once thrived on healthy disagreement. The America of Bush and Reagan and Clinton, and even Bush 2.0 was a country that seemed to be capable of bouncing back. It was led by men and women who, while somewhat politically expedient, had the dignity and the respect to at least try and move forward together. Most days, it feels like we’re standing still at best, back peddling at worst. I feel sad that the bits of wisdom that men like McCain and Bush had have been shirked by the less capable leaders we have today. I feel sad that wives have lost husbands, children have lost fathers. I feel sad that we as a nation seem more lost and directionless than we have been in a long time. I feel sad that politics has reached its hand into caskets, into hospital beds, and gives the final eulogy. I feel sad that one day, should I have the honor of serving the people of America as a public official, I too will be stone cold dead in a casket — I will have lived a life where I loved deeply, where I laughed loudly, where I made mistakes and where I was victorious — and people will chalk up my life to its shortcomings.

I think McCain was right: politics should be conducted in a certain way, where we respect one another and the differences between us, and we use those differences to work together in an attempt to fix what’s so broken. I can only hope that one day soon, the Republican party returns to the ways of its giants, though it will be hard to fill those shoes. I know that I’ll probably always disagree with the party on specific issues, but that’s to be expected. 30 years from now, when politicians of both parties pass away, I want us to be sad: not because we’ve lost yet another one of the few remaining logical voices in the government, but because we admired them. I want that admiration to go beyond agreeing with political opinions and to be an admiration of character. I want to return to a time when members of Congress were revered for their virtues, for their dignity, for their honesty, for their ability to do the job faithfully. I want to mourn politicians because they were good people, the way I mourned John McCain and George H. W. Bush.

Next Post
We Urgently Need a Legal Framework for Space Colonisation 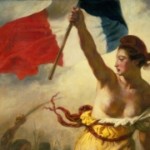