The final pitch of the 2018 World Series was devastating, an unhittable 84 mile per hour slider from Chris Sale with 7 inches of horizontal break. It made Manny Machado look foolish: he swung and missed for strike three, his body appropriately contorting into the shape of the letter “K.” The Red Sox rushed out of the dugout, lead by goat-turned-G.O.A.T. David Price, as the World Champions of baseball for the 4th time this century. (Author’s Note: the Yankees have only two titles this century, nearly ten times less than the Red Sox. End of Author’s Note.) A lifelong Red Sox fan, I was elated. Four times now the Red Sox have won the World Series in my life, and though the others were sweet, they all occurred before I was even 16. I understand the gravity of each championship now. I appreciate the ethereal, incomparable joy of it, because it very easily could be the last one I experience. But as I celebrated with a fresh bottle of Martinelli’s sparkling cider I had been keeping on ice in anticipation for the victory, a thought I had been pushing from my brain since the moment it became evident this team had a legitimate chance at winning it all (approximately fifteen games into the season) slowly crept back into my mind. Now that they had won the World Series, the Boston Red Sox would probably end up at the White House shaking hands with President Donald Trump.

And sure enough, just over a month after their victory, team President Sam Kennedy confirmed that the Sox had been invited to the White House and would indeed be attending. As someone who vehemently disagrees with not only the conservative policies of Trump, but with his rhetoric, demeanor, and representation of the highest office in the country, it is a difficult situation to come to terms with. I don’t want to see these players that I admire shaking hands with someone I detest so utterly, and while I rarely think of my favorite baseball players in terms of their political leanings, many of them most likely hold different values than I do. This White House visit is a reminder to me that my love for this team comes at a cost of ignoring the fact that some of the people I root for are people who have very different definitions of morality than I do, and that leaves a pretty bitter taste in my mouth. I can only imagine how much more difficult it is to grapple with for fans that aren’t as privileged as I am, fans that aren’t white or male or relatively well-off. Trump as President creates a bleak reality for a lot of people where rooting for the Red Sox offers a sort of escape. Now, the ultimate reward of a season is going to result in Trump holding up a Red Sox jersey with his name on it.

However, despite my apprehension, the general reaction to this announcement has been neutral, if not outright positive. Many feel it is the correct decision for the Red Sox to honor a tradition that dates back to the 1924 World Champion Washington Senators visiting Calvin Coolidge in the White House while still allowing the individual players to decide if they personally will attend. The meeting is merely fun and symbolic, a rare, potentially once in a lifetime opportunity to visit the White House and celebrate the ultimate achievement in baseball regardless of who happens to hold office when that victory occurs. To an extent, I agree with this opinion. I do not, by any means, believe that the Red Sox accepting the White House invitation is somehow endorsing Trump or his policies, and I understand the merits of letting each individual player choose. A lifetime of work to reach this moment ought to be rewarded, and if a player wants to celebrate with the President, whether they support him or not, then they should be able to. But ultimately, this line of thinking argues that a baseball team visiting the White House should be separated from politics, and that is a dangerous contention.

Looking at this in the context of Trump’s presidency, celebratory visits have already become inherently political by the President’s own choice. After Stephen Curry and other members of the NBA Champion Golden State Warriors indicated they would not attend any event involving Trump, the President tweeted “Going to the White House is considered a great honor for a championship team. Stephen Curry is hesitating, therefore invitation is withdrawn!” Further, in the NFL, Trump has been outspoken in his criticism of players that have protested racial inequality and violence during the National Anthem. The Philadelphia Eagles, after winning the Super Bowl, saw their celebration cancelled when only a few players planned to attend, and Trump cited their participation in the protests throughout the season as a driving factor in his decision not to host them. However much supporters of Trump want to claim this event is apolitical, the President has used his time in office to repeatedly criticize athletes who disagree with him, and has turned the championship visit into a tool to send messages to those who disagree with him. Because of this, even if the Red Sox visit goes down without a hitch, their mere presence at the White House means something to the fans; Trump supporters are vindicated that the team is willing to celebrate with him, and Trump detractors are let down.

But even more than that, baseball and politics are inherently interwoven. Pretending otherwise ignores the history of racism, sexism, and refusal to pay players a living wage that the sport depressingly has had. The ability to watch baseball without acknowledging the hardships that minorities and women have faced in their attempts to play or work in the game is a privilege that not every fan can afford. This is, after all, the same sport that failed to integrate until 1947, and when Jackie Robinson finally broke the color barrier, he was barraged with insults, poor treatment, and blatant racism. The Red Sox in particular have had a tumultuous history with race. They passed on employing both Hank Aaron and Willie Mays, and became the last Major League team to integrate in 1959. Sox owner Tom Yawkey was a known racist, and the street right outside of Fenway Park was proudly called “Yawkey Way” until earlier this season. (And even that change, seemingly a no-brainer, was met with an incredible amount of protest. You’d think saying, “Hey, maybe this street shouldn’t be named after a guy who hated African Americans,” wouldn’t be so controversial, but, then again, this is the same league that has a team who only just got rid of a literal racist caricature as a logo, and plenty of people are up in arms about that. So…you win some, you lose some?)

This is a topic that is still incredibly relevant today. Every year, the MLB hosts a Jackie Robinson Day, proudly showing off their progressivism and acceptance of all people. And yet, just a few weeks ago, the league came under fire after donating thousands of dollars to Cindy Hyde-Smith of Mississippi, a (Trump-endorsed) racist Senator who had just made jokes about wanting to attend a public hanging in a state with a terrible history of lynchings. The donation was most likely made without racist intentions, but merely to lobby another politician to continue to allow the MLB to pay Minor League players less than a living wage so that owners with more money than they could ever spend can pocket a few extra bucks while their players live in poverty which is…not any better. Giving money to people so that you don’t have to spend money on paying players is already kind of awful; giving that money, for that reason, to someone who also happens to be a pretty joyful racist is about as bad as it gets.

Elsewhere, in November, a former Mariners employee accused the organization of racist comments and attitudes towards players from Latin America. The Mariners categorically denied the statement, and since then, a flurry of baseball-related activity by the team has drowned out the negative headlines. Oh, and the team President, who was accused of being racist, also got promoted to President after three women accused him of sexual misconduct. Not a lot of women work in baseball, but that certainly isn’t a reflection of their interest or abilities. Baseball is a boys club that fails to give enough opportunities to people who aren’t old, white men that played in the minors for 36 years so they know their stuff and have a good, greying beard. These are issues that you don’t see when you turn on Sunday Night Baseball to watch the Yankees play the Yankees (not possible, but ESPN would love it), but they are just as much a part of the fabric of the game as what is going on between the foul poles.

This game is political. It is easy to ignore, and a lot more fun to watch when we’re able to push those thoughts from our minds, but pretending that it isn’t is ignorant. Whether endorsing the President, condemning him, or remaining entirely neutral, a team visiting the White House carries the history of the entire game with them. If a white player goes and goofs around with Trump while a minority player stays home because they, as Patriots players LaGarrette Blount, Martellus Bennett, and a few others put it, “don’t feel welcome in that house,” that’s a problem, especially so given the recent and historical actions of the MLB regarding racial equality. Even if nothing out of the ordinary happens, seeing a baseball team standing next to a man who has vaulted racism, sexism, and hate speech into a place of normalcy in our national rhetoric in a time when Major League Baseball is struggling to deal with those problems themselves is disturbing to me as a fan. It doesn’t mean very much in the long run, but when I heard about the Hyde-Smith donation, I cancelled my subscription to MLB.TV, which I’ve used as my primary mode to watch baseball for the last five or so years. I don’t think I could ever stop watching baseball entirely, and maybe that makes me complicit, but at the very least, I won’t be giving that money to a league who so callously treats these issues.

The Red Sox are a group of people that I have always loved unconditionally. Recently, I was asked what it would take to change my fandom, and really the only thing I could think of was if they signed Luke Heimlich, or something else along those lines. Going to the White House will not make me renounce my love for the team that has been one of the most important pieces of my life, not even close. It will, however, make me awfully uncomfortable, and will force me to reflect on the state of Major League Baseball, because as it stands, it still has an incredibly daunting amount of work to do to become the kind of inclusive activity that I hope it one day will be. Heath Hembree, a reliever for the Sox, was asked about the prospects of visiting the White House shortly after the World Series, and said, “I fuck with Trump.” Meanwhile, Red Sox manager Alex Cora is a native of Puerto Rico, who took the World Series trophy to visit his home country, and has been critical of Trump’s response to Hurricane Maria. Cora vowed to use this platform “the right way.” I can only hope that he does. 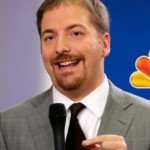