Trump will refuse to leave office. There is only one way to avoid the inevitable Constitutional crisis.

“It was challenging for me, coming from the disciplined, highly process-oriented Exxon Mobil Corporation, to go to work for a man who is pretty undisciplined, doesn’t like to read, doesn’t read briefing reports, doesn’t like to get into the details of a lot of things, but rather just kind of says, ‘Look, this is what I believe, and you can try to convince me otherwise, but most of the time you’re not going to do that.’”

Those were the words of Rex Tillerson earlier this week. A publicly-stated opinion such as this by a relatively very recent Secretary of State concerning the sitting president is nothing short of unprecedented. He is saying in so many words that his former boss is not just ignorant, but willfully so, and is comfortable in his own ignorance. Add that to Trump’s apparent clinical malignant narcissism, and the result is a toxic brew indeed.

Currently, we are waiting on the results of Special Counsel Mueller’s investigation, but it’s pretty much a given that even if Mueller found incontrovertible proof of collusion (AKA “conspiracy”) with Russia in Trump’s presidential campaign, said proof would be greeted with a collective yawn by the media, and with tens of millions of Trump supporters would reject Mueller’s proofs as “fake news”. In other words, America is stuck with Trump until January 2021 at the very least.

But what happens then? Of course there’s no guarantee that Trump will lose the next election, but if he does, will he go quietly into that good night, as all his predecessors have tried to do? Or will he (1) reject and attempt to nullify the results of the election, or (2) even try to postpone or cancel the election altogether? I am all but convinced that Trump will attempt one or the other of those two choices, for Trump will see himself as not having any choice other than those two options.

Why? In the time of the Roman consulate (before Julius Caesar declared himself emperor), the consuls were immune to prosecution so long as they held the office of consul. Sound familiar? This is almost precisely the opinion of the Justice Department’s Office of Legal Counsel:

“The Framers considered who should possess the extraordinary power of deciding whether to initiate a proceeding that could remove the President … and placed that responsibility in the elected officials of Congress. It would be inconsistent with that carefully considered judgment to permit an unelected grand jury and prosecutor effectively to ‘remove’ a President by bringing criminal charges against him while he remains in office.”

Trump himself is obviously certain that he is above the law. Yes, he did state that he is not above the law, but during that same discussion with reporters, he also stated that he can pardon himself. That’s effectively saying, “You can declare me guilty all you want to, but it doesn’t matter since I’ll just pardon myself.” While Trump is ignorant of a whole raft of subjects, he’s almost certainly not ignorant of the fact that as soon as he’s no longer president, he is suddenly open to indictment and prosecution for all the federal crimes he has (allegedly) committed. Like Julius Caesar’s efforts to avoid prosecution by remaining in his office as consul by continually waging war against the tribes in Gaul, Trump will have what is (to him) a clear and convincing motive to remain in office by whatever means necessary.

What’s more, Julius Caesar was by any measure a man of great skill and intellect; no one could accuse him of being willfully ignorant. Like almost all great conquerors, Caesar was arrogant and self-serving, but those faults were both enabled and tempered by his brilliance in both war and politics. Unfortunately, all that skill and intellect was not enough to allow him to overcome the temptation to avoid prosecution by remaining in power.

The danger to America today is obvious: if the motive to avoid prosecution by remaining in power was so strong that even Julius Caesar could not resist it, how much would it be for someone with Trump’s willful ignorance and mental and emotional conditions to resist such temptation?

There may well be only one possible solution. Just as then-Vice President Ford offered President Nixon a full pardon for all crimes if he would resign rather than face certain impeachment, Trump must be offered a full pardon by the Democratic leadership in order for him to leave the Oval Office and allow for the traditional peaceful transition of power. Otherwise, we run the risk not just of a Constitutional crisis, but perhaps even of violence committed by those who have drunk deep of the “fake news” and “deep state” conspiracy theories pushed by right-wing media in general, and Trump and Fox News in particular.

Such a pardon would certainly be a gross miscarriage of justice, for Trump has repeatedly insulted our allies, rejected our treaties, attacked our federal law enforcement agencies, rejected our scientific community, and greatly weakened our position among the world’s nations. He will be seen in history as our worst president, the one who heralded our national decline. But if allowing him to get away Scot-free with what he has done is the price America must pay to preserve the tradition of a peaceful transition of power, then so be it. We must then force ourselves to be satisfied with the fact that while Trump will never face the verdict he deserves in a court of law, he (and his family and supporters) will face the long, cold, and incontrovertible verdict of history that is already being written. 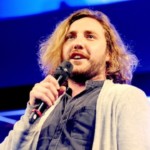 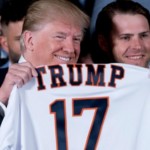