China has quickly risen to encompass the largest community of Internet users in the world. Now President Xi Jingping is caging them all in.

Bill Clinton scoffed and smiled triumphantly. On this spring day of 2000 in Washington, the southern accent of the American President seemed to resonate with the audience as he touched upon China’s “crackdown on the Internet.” With evermore confidence, he said:

“Good luck! That’s sort of like trying to nail Jell-o to the wall.”

At the time of Clinton’s remark, the Internet was still in its childhood and the governance around it likewise. In the eyes of the West, liberal world order and democracy was spreading with the accelerating speed of Internet connections. The west was firm in the belief that it would be impossible for China to set borders for cyberspace. Today, however, we know that Clinton underestimated the Chinese determination.

In 2018, the amount of Chinese Internet users has passed 802 million, which is the equivalent of 57,7 % of its population. In 2000 it was 0,7 percent. This quick development has resulted in the Chinese “netizens” amounting to the largest community of Internet users in the world.

Contrary to what Clinton believed, the fact today is, that 802 million Internet users are still to a large extent nailed to the wall. This is due to the “Golden Shield Project” established in 1998 and by Western media, referred to as the “Great Firewall of China.” The Golden Shield uses blocking, filtering and other strategies to prevent “harmful” western content from entering China. Websites like the BBC, Amnesty international and Google are permanently blocked. Other major Internet companies like Microsoft and Yahoo! agree to censoring their search engines. Internally in the country, the government censors activities that pose a threat to the regime’s power. It also uses a huge amount of resources to manipulate the national online discourse about domestic and international events.

Remnant of the past

Chinese Internet sovereignty is closely linked to its notion of nationalism, which was cultivated through its loss of territories during the 20th century. The perceived humiliation of the Chinese people was used by Chinese leaders like Chiang Kai-Shek and Mao to create a sense of “sovereign whole,” which was to be preserved at all costs. Challenging the state or praising Western values like freedom and democracy are to this day seen as unpatriotic and a denial of the Chinese identity, and by including the Internet in its nationalism, the Chinese government is adding another layer to its perception of sovereignty. And China has been increasingly vocal about its demands in the international forum.

In 2015, Chinese cyber sovereignty gained public attention during Chinese President Xi Jinping’s address at the World Internet Conference in Wuzhen. Here, Xi cemented China’s position that the Internet should be governed according to the same principles as other fields of international relations. He said:

“In order to promote reforms in global cyberspace governance, we should insist on the following principles: first, respect Internet sovereignty. The principle of sovereign equality enshrined in the Charter of the United Nations is one of the basic norms in contemporary international relations. It covers all aspects of state-to-state relations, which also includes cyberspace. We should respect the right of individual countries to independently choose their own path of cyber development and model of cyber regulation and participate in international cyberspace governance on an equal footing.”

After this remark, it became clear that China aims to transform the current system of Internet governance from multistakeholder to multilateral. That’s diplomatic code for wanting greater national control over the Internet and demanding international recognition of it.

Later, this mission was taken to the grand stage of the United Nations. At the UN Ten-Year Review of the World Summit on the Information Society, Beijing’s diplomats succeeded in inserting the word “multilateral” in one of the paragraphs of the final resolution. Although the document still endorses the multi-stakeholder approach, China’s huge diplomatic efforts underline that cyber sovereignty has become a key issue in China’s external relations and that it has not shied away from promoting its values in the international debate.

The field of Internet governance has been “under construction” for the last 20 years. The current international Internet governance structures is auspiced by a multi-stakeholder society including governments, the private sector, civil society, international organizations, technical and academic communities. It involves complicated global institutions, including the Corporation for Assigned Names and Numbers (ICANN) and various other entities, mainly headquartered in the USA. Therefore, the question attracting the most attention is the issue of sovereignty over the Internet’s core.

One may argue that USA is a cyber hegemon because of its invention of the Internet. One example of this is the ICANN, which is a global non-profit based in Los Angeles and at its core a US construct. ICANN has monopoly on the world’s domain names and to a large extent ensures the Internet’s functionality. During the Obama administration, USA ceded control of ICANN to the global multi-stakeholder community, internationalizing the board and canceling the contract with The US Department of Commerce. Taking this into account, one would think, the US has committed fully to a Cyber-Internationalist Discourse. However, some believe the relinquishment was done in an attempt to soften the pressure in the wake of the Snowden intelligence leaks. Moreover, the current Republican President Trump has condemned the relinquishment of ICANN as a “stupid” decision that would turn over “the Internet to foreigners,” justifiyng the claim that USA probably considers itself a hegemon within Cyberspace.

This is serving the Chinese cause. It allows China to claim the US cyber policy to be hypocritical. The American preaching of tearing down digital borders to simply does not add up with what the Snowden leaks revealed: mass cyber surveillance by American intelligence services.

It is to a large extent US companies who have propelled the USA into its current hegemonic status in cyberspace. And this curiously overlaps with the fact that the number of nongovernmental participants in the U.S. delegation within the multi-stakeholder framework is heavily weighted toward corporate interests, whose concerns, some would argue, rarely coincide with broader civil society groups. This contradicts US support of the current internet governance system.

To a large extent one can claim, that China and USA has commenced a game of power politics within cyber sovereignty, which is based on the fear of compromising their own sovereignty.

Although the multi-stakeholder tradition has been robust for some time, it is apparent that China’s recent diplomatic efforts promoting multilateralism has gained traction. And not only in non-western countries.

In 2014, in the wake of the Snowden leaks, German Chancellor Angela Merkel proposed that “one could build up a communication network inside Europe.” Furthermore, Brazil has announced that it will strengthen its connectivity with Europe by an undersea cable by 2019. Most likely as a direct consequence of the Wikileaks revelation that US intelligence routinely wire-tapped then-President Dilma Roussef and 28 other Brazilian government officials.
These facts underline that the multilateral movement is no longer coming exclusively from authoritarian regimes, but increasingly develops from within Western governments in an attempt to become independent from the United States.

With this fragmentation in mind, isn’t it likely that the future governance of the Internet will indeed be multilateral? Maybe within the auspice of UN?

If so, China will indeed have succeeded nailing the Jell-o firmly to its firewall.

How China nails the Jell-o 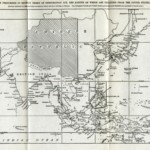 Conflation and Omission: Angela Nagle’s historical negation of the racism... 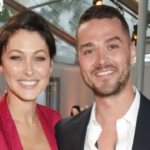 Emma Willis is given makeover by husband Matt - and...