Tekashi 6ix9ine isn’t letting the fact that he’s stuck in the slammer on federal charges put his relationship on ice.

Instead, the rainbow-maned rapper managed to send his girlfriend a $35,000 Rolex Datejust for her birthday.

The lucky lady, named Jade, celebrated her 22nd birthday at a New York City club Tuesday night and showed off the luxury timepiece — blinged-out with 18K white and rose gold and 24 carats worth of VS diamonds according to TMZ.

“Best birthday EVER!!,” she tweeted, along with a picture showing off the gift.

“Thank you baby, your [sic] the best even when your [sic] not around.”

The tattooed “DummyBoy” rapper picked out the watch several weeks ago and had it hand-delivered to his girl by celebrity jeweler JimmyBoi, sources close to Tekashi told TMZ.

“I missssss him,” Jade tweeted Thursday, along of a video of herself with her jailbird beau.

The gift was delivered a day after Tekashi, whose real name is Daniel Hernandez, pleaded not guilty to charges that he’s a violent, drug-dealing gang member in Manhattan federal court.

Last week, The Post reported that Tekashi was transferred from a federal jail in Brooklyn to an undisclosed lockup due to threats on his life. He’s now at a “facility in Queens,” his lawyer Lance Lazzaro said Monday.

His co-counsel, Dawn Florio, added, “He’s safe but he’s not happy to be in jail. 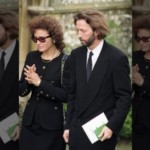 Eric Clapton was determined to stay sober after his son’s... 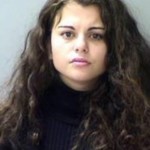