Sarah Hyland is distancing herself from online bullies.

The 28-year-old "Modern Family" star announced that she was taking a break from social media on Monday, after she received backlash for asking for donations to help her family after her cousin died.

"You guys finally did it. Your horrible negative ignorant words have broken me. Happy? Staying offline for a while," Hyland tweeted. "I have a special announcement and video releasing on Wednesday I believe. So. There’s that. ✌🏼."

The actress' 14-year-old cousin, Trevor Canaday, was killed by an alleged drunk driver on Saturday. The following day, she shared a GoFundMe page to help her family with funeral expenses, yet was surprised by the negative comments that she received.

"I’d like to ask those who have negative thoughts or opinions about the tragedy that happened to my family, to keep them to themselves," she tweeted on Monday. "You don’t know all the details. And how dare you attack when a beautiful life has been lost."

Some fans were upset that, as a celebrity with a high income, she would only donate $1,000 to the GoFundMe page and ask them to chip in. However, Hyland's boyfriend, Wells Adams, supported her by retweeting her on his social media page.

Hyland joins a slew of celebrities, including Selena Gomez, Ariana Grande, "Duck Dynasty" star Sadie Robertson, Gigi Hadid and more, who have stepped away from social media after being bullied online. 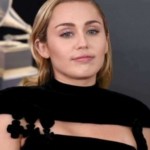 Miley Cyrus says she's in a 'healing place' after losing... 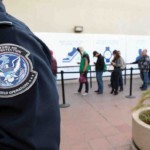 The Effects of the Muslim Ban One Year Later