We’ve had one year of the Muslim ban. Congress must ensure it’s the last.

Exactly one year ago today, the Supreme Court allowed the full implementation of Trump’s Muslim ban. It would be months still before it heard oral arguments in Hawaii v. Trump and issued its ruling on June 26, allowing the ban to remain in place. But on Dec. 4, 2017, America began to ban millions of Muslims from the United States, even if they have family members, jobs, academic spots, or other compelling connections here, and even if they would otherwise be fully entitled to receive a visa to come here.

This day goes down in the history books, not only as an enormous failure to live up to our values of religious and racial equality, but for the real impact that the ban has on people’s lives. Take Anahita, who never got to say goodbye to her father in Iran before he passed away and did not even get to mourn with her family. Or Nisrin, who was detained during the chaotic implementation of the first Muslim ban simply because of her Sudanese citizenship, although she has lived in the United States for 25 years. Let’s also not forget the numerous students afraid to return home to visit their families because their visas may not be reissued. Or the families now traveling thousands of miles and spending thousands of dollars to simply be able to hug someone they love at a library on the border of Canada and the United States.

Though there is a waiver process, the numbers have been sparse. In the first three months, the government issued just two waivers. As of June, the number of waivers grew to around 570 — a mere two percent of visa applications. Most recently, State Department claimed to have “cleared” 1,836 applicants for waivers as of September, but it remains unknown whether those individuals have actually been granted waivers. Many advocacy groups and members of Congress have requested updated numbers about waiver issuances, but the government has yet to fulfill those requests.

The ban’s impact comes in many shapes and forms, reaching well beyond individuals from the five targeted countries into hearts, homes, and neighborhoods across the country.

Refugee numbers are grinding practically to a halt, largely impacting Muslim, Arab, Iranian, Middle Eastern, and South Asian communities. Many applicants are indefinitely stalled in their immigration process because of so-called “extreme vetting,” including a social media monitoring program that claims to determine who will present a “threat” — even though there are no reliable predictors of who will commit violent acts. In fact, documents have revealed that officers truly don’t know what they’re looking for and have stated their need for “training and clear guidance.”

Hateful rhetoric coming from the highest levels of government is also echoed and manifested on the ground. Hate crimes continue to rise, particularly those motivated by racial or ethnic animus as well as those motivated by religious animus. Muslims are facing heightened levels of harassment and violence, though reporting numbers by the Federal Bureau of Investigations do not fully reflect that reality in part because of the escalating fear these communities face engaging with law enforcement. Communities worry that law enforcement will report them to immigration enforcement or the FBI for little or no reason — even when they are U.S. citizens. For some, it may feel like there is no safe place to turn.

But as other communities have shown us throughout history, one antidote to hate is committed activism. Our government has been on the wrong side of our values and the law before. Japanese incarceration through internment camps. The denial of citizenship for Black people. Racial segregation under the notion of separate but equal. Eventually, and after much struggle and harm, they were overturned, just like the Muslim ban will be.

From its very start, the Trump administration has vilified and stigmatized Muslims through its rhetoric and its discriminatory policies, starting with the Muslim ban. A new year, however, is upon us — along with a new Congress. And they’re just the ones to rescind the ban and put an end to this period of government-sanctioned discrimination and hate.

The Effects of the Muslim Ban One Year Later 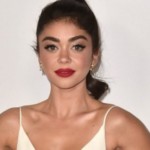 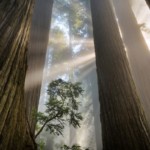 How to Scale Up Investments in Nature