I remember the launch of Healthcare.gov — and the subsequent calls for the U.S. CTO’s office in the White House to help save it. I wasn’t personally part of the rescue team, but my boss, colleagues, and outside technologists stepped in to turn around a much-anticipated digital service that wasn’t working.

It was clear before Healthcare.gov that the federal government needed to deliver better customer experiences, especially digitally — in fact, it was something we were working on beforehand as part of President Obama’s Management Agenda — but unfortunately sometimes it takes a crisis to get government to move fast.

The rescue of the Healthcare.gov led to the creation of the U.S. Digital Service and catalyzed the growth of 18F in the GSA, now part of the Technology Transformation Services. While different units, both focus on improving citizen-facing services, by using modern technologies while putting customer needs and experience at the forefront of their decisions.

With all of this progress, what are the barriers to providing digital government services that delight?

There are many possible culprits: finding money to fund citizen-facing services (which the new bipartisan Modernizing Government Act should start to help), getting the right talent in government, and fixing procurement.

(It’s been said many times, but any conversation about reform or innovation in government will inevitably include talent and procurement, or you don’t really understand the underlying issues!)

But there are also other policy barriers, from well-meaning legislation decades ago, like the Paperwork Reduction Act (PRA) that makes it harder for government to collect experience data from Americans.

My former colleague, the incomparable Erie Meyer, has written about PRA myths and why the government can — and must — perform user research and usability testing with prospective users of a government service, and why user research doesn’t violate the Paperwork Reduction Act.

Erie highlights the good intentions of PRA, including 1) reducing burden on the public, 2) preventing government from collecting redundant or unnecessary information, 3) ensuring the government collects information in sound methodological ways, and 4) providing for public accountability through a comment period. She says:

“…the PRA is actually awesome. It could make sure that when a student applies for Federal student aid, forms aren’t so hard to complete that they need help to finish. It could help make sure the information from those forms is collected in a way that they’re actually useful in shaping policy to serve those students. It can make it possible for student advocates to fight back if invasive, unnecessary questions are added to the forms.”

Erie also shows specifically in law and in OMB guidance where user research (direct observation of people) and usability testing (watching people try to use a specific website or digital service) are exempt from PRA. She says:

“There’s a common misunderstanding that user research — asking questions to understand needs and behaviors, or even observing people while they use services — falls under the jurisdiction of the PRA in the Federal space (Spoiler: it does not!). Both the letter and spirit of the law and related guidance not only allow user research in the Federal government, they encourage it.”

I take Erie’s great point that that user research and usability testing is exempt from PRA, but what about surveying users about a particular experience with government?

I’ve also seen firsthand how the PRA is implemented, committing many fine public servants to a paper-based process and to internal paperwork, rather than actively working to make a government service better for the American people.

For example, I attended the Census Innovation Fair last year, a showcase of internal, employee-developed innovations. One proud group of Census employees was demonstrating a PRA calculator to help other employees navigate the thicket of clearances and process to get information collections approved by the Office of Management and Budget. The fact that PRA requires its own calculator inside Census should tell you about how the process has taken over.

More fundamentally — the Paperwork Reduction Act assumes that the government will ask the same questions of a group of people, because it was written before the Internet was widely used. (It was passed in 1980 and substantially amended in 1995). There is a big difference between a static paper form and an online wizard that asks you questions based on prior answers. If we know a bunch of questions aren’t relevant to you, let’s omit them to reduce confusion.

Another example of how PRA has become dysfunctional in practice: during the Obama administration, the Office of Information and Regulatory Affairs, the OMB office responsible for approving information collections, insisted that the VA print out each possible permutation of an online wizard the VA was trying to launch. Despite the good intentions of everyone in VA and OMB, the net effect was that the VA was slower to deliver online services to Veterans who needed them.

(I can’t write this piece without saying that VA deserves a special congratulations for recently relaunching VA.gov and digital services like online scheduling of medical appointments — the design of both driven by Veteran needs.)

Home
Apply for and manage the VA benefits and services you've earned as a Veteran, Servicemember, or family member-like…www.va.gov

Congress to the rescue?

There are some positive developments legislatively: the House just passed a customer service bill, similar to the Senate’s customer service bill, that exempts voluntary data collection on customer experiences from the PRA. I’d argue that we need a full PRA modernization bill, but it is nice to see bipartisan, bicameral support for modernizing the customer experience — and I hope they get these reconciled and signed in December.

These bills are imperfect in other ways though — they have a bias for asking customers for data (rather than also observing their behavior). Great customer research includes both explicit asking for feedback as well as observations about behavior. These bills also require that agencies that want this exemption from PRA need to keep voluntary feedback anonymous. That may be a healthy default position, and what we’d mostly want agencies to do, but I can envision scenarios where it would be in the best interest of everyone for the agency to follow up with a voluntary respondent to get additional feedback or clarifications.

(Other promising, related legislative developments include the House passing Rep. Ro Khanna’s bill to improve digital services at federal agencies, and Rep. Will Hurd’s bill to elevate the Federal CIO and CISO.)

While I want federal employees to take note of the user research exemptions that Erie highlights, and I’m excited about legislative progress, I still think we need to fully modernize the Paperwork Reduction Act. The way the modern Internet works — and modern best practices of customer experience — shouldn’t be relegated to an exemption.

A modernized Paperwork Reduction Act would not just clarify that voluntary online data collection (including surveys and feedback embedded in a digital service) is exempt from the process, it would also seek to improve the process where OMB approves traditional mandatory forms.

Regardless of whether these bills become law this lame duck session, OMB could devote itself to ongoing operational PRA improvements, including:

The intent of PRA is awesome. But we can modernize it for the information age.

Disclosure: Insight is an investor in category-leading companies that improve customer experiences — including Qualtrics, Alteryx, Hootsuite, and Yext. If you are working to improve government digital services, I think you really ought to check them out! They are helping leading companies and government agencies deliver on great experiences, and they have the scale, ease-of-use, and security that federal government employees and all Americans need. 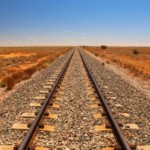 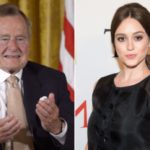