A reflection on the cryptocurrency phenomenon and its relationship to traditional currency and communications networks and societal topologies.

An international, incorruptible system to support the transmission of value and information directly between individuals without third party mediation was gifted to the world around ten years ago in the form of the first blockchain-based cryptocurrency, bitcoin. The fact that the Bitcoin network is not only surviving, but continuing to grow and prosper¹, is testament to the importance a significant cohort has assigned to the project. While it can be argued that the bitcoin price is under constant pressure from without, so far no individual, organisation or nation has managed to significantly disrupt the fundamental operations of this network.

As remarkable as the Bitcoin phenomenon is, not everyone is happy with this development. Over the last century or so, nations have increasingly relied upon their state issued currencies to represent national value and the capability to participate in the international financial system, to monitor and understand internal fiscal dynamics, to levy taxes and importantly to regulate all activities involving the transfer of value both domestically and internationally. This latter property of state money has come into even sharper relief in recent decades as the west has come under attack from organisations determined to impose their order of things through highly visible acts of violence, murder and mayhem². This development has alarmed the citizenry and along with the avowed need to combat money laundering and other criminal enterprises has helped provide justification and impetus for ever tighter controls over communications and value transfers between ordinary people in the developed world. Against this backdrop, it is unsurprising that governments have been somewhat ambivalent about cryptocurrencies. Certainly, through their regulatory bodies, they have moved strongly against encroachment upon their regulated securities game by ICOs³ that purport to represent equity or future financial gains. Less directly, we can see how the banking sector, strongly aligned in their interest to prevent competition, have used both regulation and their own de-risking policies to routinely de-bank cryptocurrency exchanges and other businesses they see undermining their positions.

Against this backdrop, we can observe the attempts of governments and incumbent businesses alike striving to sanitise and appropriate the underlying technology they haven’t been able to destroy. The general narrative is that while these autonomous and unstoppable networks are dangerous and undesirable, the underlying blockchain technology, re-branded as ‘DLT’, or distributed ledger technology is good and valuable and will serve the world positively if it is brought under the control of regulatory authorities. It is difficult to know if this position is actually as naive as it seems. The fact that the Bitcoin network is still running is precisely because it is unregulated and outside of the control of any single party or clearly identifiable group. Pretty much every previous credible attempt at non-government currency has been shut down and in several cases resulted in the confiscation of assets and imprisoning of principles. Satoshi Nakamoto, the creator of Bitcoin remains anonymous and at large.

This preamble sets up for consideration of how the Bitcoin model, and quite possibly the Bitcoin network itself can serve the world into the future. My contention here is that ANY form of direct governance or control will invalidate a blockchain network as an immutable source of truth. Anyone who doesn’t see the need for such utility should perhaps cast an ear in the direction of contemporary political discourse and pay particular attention to the hypnotic drivel issuing daily from democracy’s supposedly highest office. It’s not that a blockchain can attest to the truth, it’s that an independent blockchain will reliably record the moment in time that anything is recorded⁴ to it, and that once recorded, what was recorded can’t be altered. It is a human responsibility to tell the truth, but whatever is laid down cannot be reneged upon. Imagine being able to almost instantly verify what a politician said on a given day; would they be so glib in interview then?

I’ve alluded to the machinery of state and geopolitics and I’ve talked about public blockchains primarily as networks. For purposes of comparison, I’d like to consider the aspect of state architectures that can also be characterised as networks. In so doing, it is obvious that governments form tiered and hierarchical networks that impose order, structure and regulation from the top down. Information, meanwhile, is gathered and propagated up and down the structure, subject at every level to interpretation and filtering according to the agendas of public servants and politicians. While concessions are made at election times to the idea of broad participation, the reality is that our civil, commercial and legal worlds are mostly rigid and inflexible when it comes to practice. Consider again the fate of those who preceded Satoshi with their audacious schemes to create non-state currencies. If states are hierarchical, public blockchain networks are in many respects the opposite. Today, I am able to send an amount of value or a small piece of information directly to any other person on the planet, and short of applying direct coercive force, no one can stop me. This data/value message depends upon the blockchain network which cuts directly across state boundaries, oceans, ideologies and legal jurisdictions. If state structures are vertical, then blockchain is horizontal.

The contrast between vertical, top-down organisational structures and horizontal peer-to-peer structures can be observed across technology, corporate structures, national governments and virtually everywhere that topologies relating the various parts of a system can be observed. This contrast tends to represent a tension that divides groups according to interests and ideologies.

Right now, in Australia, this tension is being acted out between the centralising and authoritarian instincts of our current federal government and just about everyone else who understands the implications of privileging an authority to access the private communications of sovereign individuals. In simple terms, our government is insisting on the passage of a bill to ensure that authorities be given keys to violate the privacy of all channels using end-to-end encryption, such as chat applications, encrypted voice and email, etc. Those who trust authority don’t see a problem and those who don’t trust authority fear that we may be heading for the slippery slope towards a totalitarian surveillance state. My view is that if any aspect of the encryption of a system is compromised, then that system is effectively suspect across the board.

Regardless of intent, once there is a back door, there is no reliable way to ensure that only one party can access it, even if we place total trust in that party for the foreseeable future, which is in itself a considerable stretch. According to Nicole Buskiewicz, MD of Digital Industry Group Inc, “The reality is that creating security vulnerabilities, even if they are built to combat crime, leaves us all open to attack from criminals. .. This could have devastating implications for individuals, businesses, public safety and the broader economy.” Regardless of good sense, our leaders may well prevail in getting this legislation through, and this would represent a victory for centralised authority, and a strengthening of hierarchical, top-down control. What will the response from the peer-to-peer camp be? There are many options, ranging from locating service businesses in jurisdictions without such legislation through to outright non-compliance and disobedience.

The new political and social divide is becoming less a contest between the ideological left and right (a distinction that seems less meaningful by the day), and more a struggle between the organisational topologies of vertical and horizontal, the new left-right is up-down v. sideways.

¹At time of writing, bitcoin is experiencing a severe drop in price. This has occurred repeatedly throughout its history. Less visible is the massive effort underway around the planet involving tens of thousands of projects seeking to exploit the benefits of blockchain, a significant part of bitcoin’s underlying technology and I would argue its true value. Bitcoin, being open source, has been available for others to copy, adapt and reproduce in a variety of ways that have ranged from blatant scams to very significant further innovations. At any given time there are well in excess of 1,000 distinct cryptocurrencies. Regardless of the future of bitcoin itself, the genie is out of the bottle.

²Of course this is a gross simplification of a complex interplay between culture, religion, politics and identity. Terrorism is referenced because it has provided an opportunity to legitimise repressive and anti-democratic law making throughout the West.

³ICOs, ‘Initial Coin Offerings’ are a fund-raising method that sprung up in a similar vein to crowd funding where supposedly worthy projects could be supported by selling specially minted tokens to represent the interests of those supporting the enterprise. Unlike actual securities, this assigns no rights to participants and has resulted in a highly speculative marketplace where heavy losses are the norm. A report by Ernst & Young (summarised at Brave New Coin) however does show that some 30% of significant ICOs studied have produced work consistent with their advertised objectives.

⁴In so far as ‘recording information on the blockchain’, a note of qualification. Blockchains are not great databases in the conventional sense. Most have very slow ‘write speeds’, ie, the time required to get any information stored and verified through the mining process (in the case of Proof of Work). Further, the amount of arbitrary information that can be stored is tiny, of the order of 40 or 80 Bytes or so. The real meaning of ‘data on the blockchain’ is data somewhere in a file or a conventional database that has a representation known as a ‘hash’ stored in a special blockchain field (OP_RETURN in the case of bitcoin and its clones) that effectively fingerprints the data in question so that whenever that data is referred to in the future we can verify that it has or hasn’t been changed, something we call notarisation. 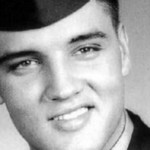 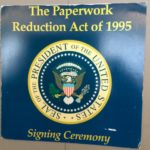