Jordan Peterson is many things. He’s a best-selling author, although not in France, unsurprisingly. He’s a former Professor at the University of Toronto, now on likely permanent leave. He’s famous for refusing to use the gender pronouns preferred by his students for reasons he claimed were related to freedom of speech. He’s been adopted by the alt-right and incels as one of their preferred intellectuals, over his very faint protests.

And he’s a climate change denier.

What’s the evidence for that? Well, his own words, as quoted in Wikipedia with full references.

Peterson doubts the scientific consensus on climate change. [109] Peterson has said he is “very skeptical of the models that are used to predict climate change”, [110] He has also said, “You can’t trust the data because too much ideology is involved”.[111] In a 2018 Cambridge Unionaddress, Peterson said that climate change will not unite anyone, that focusing on climate change is “low-resolution thinking”, and there are other more important issues in the world.[112][113]

Michael Mann is a famed and awarded climate scientist. He’s an American climatologist and geophysicist and currently director of the Earth System Science Center at Pennsylvania State University. What does he say about Peterson’s quoted sources?

Lindzen long ago discredited himself as a messenger on climate,” Mann told me in an email. “He engages in bad faith tropes rather than legitimate scientific discourse. What makes Lindzen so dangerous as an agent of denial is that he appears to have impressive credentials but his claims about climate change are vacuous and ill-founded. The denial machine relishes the opportunity to launder its denialist rhetoric through the imprimatur of an MIT professor/National Academy member. Lindzen gives them that opportunity.”

So let’s ask the next question. Does Peterson respect scientific empiricism?

That’s what he often claims, but you’d be hard pressed to find scientists in the fields Peterson talks about outside of his own who would agree with it.

What about his lobster nonsense? Let’s ask an actual neuroscientist, Leonor Gonçalves, Research Associate in Neuroscience, Physiology and Pharmacology, UCL, writing in The Conversation in a piece entitled Psychologist Jordan Peterson says lobsters help to explain why human hierarchies exist — do they?

It is true that serotonin is present in crustaceans (like the lobster) and that it is highly connected to dominance and aggressive social behaviour. When free moving lobsters are given injections of serotonin they adopt aggressive postures similar to the ones displayed by dominant animals when they approach subordinates. However, the structures serotonin can act on are much more varied in vertebrates with highly complex and stratified brains like reptiles, birds and mammals — including humans.

What about Scott Mitchell, who completed BSc in Biomedical Sciences at the University of Waterloo, and then a Master of Science with research in bioinformatics and is now a is a PhD student in Carleton University’s School of Journalism and Communication, in his Carlton University piece entitled Jordan Peterson Uses Pseudoscience to Support His Intellectually Feeble Ideas?

There are some enormous problems with this reasoning. First, the fact that our nervous systems are actually very different from lobsters (is that really shocking?). Second, Peterson claims that humans and lobsters diverged 350 million years ago, which is just one example of his ignorance of evolutionary biology: although the ancestors of lobsters did appear around 350 million years ago, they’re invertebrates, while humans are vertebrates. These groups on the phylogenetic tree diverged at least half a billion years ago. Why not compare humans to animals that are much closer genetically, like bonobos, where we can see evidence of social cooperation? Or if we don’t really care about the scale of the evolutionary timeline — since Peterson clearly doesn’t! — hell, why not look at colonies of bacteria that have exhibited forms of cooperation? Or how about looking at the male seahorse as proof of how men are natural caregivers who should abandon our jobs to care for our young? Or hey, look at the preying mantis — maybe women should cannibalize their mates!

His ideas on men being dominant in hierarchies come under scorn on Quora from contributer Kirri Quad, who tried to finish 12 rules but foundered on the shoals of Peterson’s misogyny in her answer to Why is Jordan Peterson seen as misogynistic?

The thing is, even way back then it’s highly likely that the females of these species did not have the ‘proclivity to say no’. Dimorphism in mammals is only ever due to one thing: sex. Humans and our ancestors are/were dimorphic. Males are bigger to fight other males and get all the females. That’s it. MALES are why males are all fighty and aggressive and constantly trying to one-up each other.

Blaming females for the way males are is ridiculous and that sentence alone shows an anger towards the opposite sex which is obvious enough, much less furthered by all his other anger as he goes on ranting about how men have to deal with the horrors of being rejected.

I could go on, but Peterson’s complete lack of adherence to what is empirically valid outside of his area of specialization — clinical psychology — is well understand by everyone except his supporters.

So why is he spouting off about climate change?

That’s a harder question to answer because the reasons for denial overlap for most people, and almost no one is honest about their motivations for it. And of course I don’t know him personally. That all said, I’ll try to unpack why I think he’s a denier.

First off, Peterson consistently interprets things he has skimmed in line with his biases. That’s apparent in his treatment of Taoism, The Enlightenment, Jung, feminism, lobsters and the like. He’s a textbook case of a couple of things:

Second, why would Peterson have this bias that he’s confirming about global warming and climate change?

Well, he was born in Alberta, which is climate denial central for Canada. He went on to Queen’s University in Ontario, Harvard and then UofT, all places of higher learning where sanity prevails, but apparently while you can take the boy out of Alberta, it’s harder to take Alberta out of the boy. This is pure supposition on my part.

Third, he’s made himself famous mostly by attacking progressives and liberals, and they accept climate change so ipso facto…

He certainly doesn’t maintain anywhere near the same level of contempt for the much worse excesses on the right as he does for minor excesses on the left and in academia. His statements about post-Modernism and Marxism on campus have to be read to be believed. Strike that, they have to be read with disbelief, and likely a stunned expression.

Liberals and progressives accept the science of global warming and climate change to a much larger degree than conservatives at this point in history. Some of the proposed arguments even sound like Marxism to scared right-wingers. So Peterson is predisposed to attack global warming and climate change because of who accepts it. It’s dumb as a box of hammers from a guy as smart as Peterson, but he still defends his lobster analogy despite withering corrections, so this is par for the course.

Finally, he’s been captured by his audience on the right.

Peterson originally did something good. He put all of his videos on YouTube. Some of them are even worth watching. Then he decided to die on the sword of being rude to transgenders, although he characterized it as freedom of speech, vastly overstating the entire issue. He’s famously thin-skinned about insults to him personally, however, bringing lawsuit after lawsuit against people who publicly dismiss his ideas. Freedom of speech is for him personally, not others in general it seems.

This made him beloved of the right, and to be clear, he’s pretty much a social conservative. He’s lightly Christian, he’s a strong believer in hierarchy, he’s a casual and consistent misogynist and he loves to be an authority. His thinking on economic matters is even weaker than on lobsters, so it’s harder to call him a fiscal conservative except for his frequently expressed revulsion over Commies on campus.

But as his former mentor at UofT said, Peterson loves the rhetorical patterns of demagogues. He loves that when they said something and got roars of approval, they repeated it more loudly, and then honed in on the subset of things that got them the biggest roars.

That’s all Peterson is doing. Saying things that his audience loves to hear, reveling in their roars of approval, then repeating himself.

And since his audience is mostly younger, white, conservative men, and that audience has a strong tendency to be climate change deniers and to love trolling liberals, when he says ‘climate change stoopid’, they roar their approval.

Given that he makes a very good income out of this audience, just as Shapiro and Coulter do, this is actually smart, even if venal, ugly and intellectually dishonest. But Peterson has shown every evidence of venality and intellectual dishonesty while spouting often ugly things — enforced monogamy anyone? — he later pretends were misunderstood for a couple of years. This is just par for the course.

Does Peterson really believe that global warming and climate change are faked, or not an issue, or not understood? Yes, he’s that intellectually arrogant, and is rewarded richly for being so, so he’s sticking with it.

Is he right about climate change? No, even less so than on most of the other topics he spouts off about. But it won’t stop him until his audience stops listening and roaring their approval. 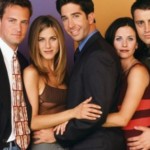