It never ceases to amaze me how through horoscopes we’ve managed to turn the cosmos into a code for where we might be headed. Our crushes aren’t texting us back because Mercury is in retrograde. We’ll only hand in that official leave of absence when Jupiter enters our Tenth House. To me, tying data points like birth times, planetary positions, constellations and lunar orbits to our everyday lives is just another reminder of our measly existence. But that might be the detached and unemotional Libra in me talking.

Over the past five years the Psychic Services industry, made up of palmistry, cartomancy, mediumship, aura reading and astrology, grew by 2% to $2 billion dollars in 2018, according to IBISWorld. But no, astrology isn’t “trending.” Using sun signs to make wild generalizations about people has been a thriving business since the 1930s, when horoscopes and celebrity birth charts regularly featured in newspaper columns and the back of magazines.

What’s changed, then? Our ability to congregate on the internet and foster unique connections. Online culture has helped propel astrology to, well, astronomical proportions. Madame Clairevoyant, The Numinous, Mecca Woods and Annabel Gat are all resident astrologers with dedicated weekly horoscopes at millennial-focused online publications like The Cut, Girlboss, Bustle and Broadly. You don’t have to believe in it to be into it. Zodiac signs have become what logos are to companies — we use them to brand our personalities. The Signs As horoscope meme that originated on Tumblr assigns a unique characteristic, depending on the theme, to each of the 12 zodiac signs. In the “signs as noodles” iteration, Leo is fusilli and Cancer is elbow macaroni. Dazed even rounds up the best Instagram accounts to follow (@notallgeminis and @jakesastrology are our favorites) as part of your astrology meme starter pack.

We’ve been star-gazing as a form of navel-gazing for centuries. But now thanks to the Co-Star Astrology app which combines NASA data with astrology expertise, users can bond over birth charts and try their rising signs as icebreakers on first online dates. ThoughtMatter Producer Whitney uses Co-Star in the same way people use Myers-Briggs Types; as an introspective exercise to understand how she perceives the world. The daily administered horoscopes allow her to check in with her deeper emotions: “Is that how I’m feeling? Something I need to work at being better about? Is that what people do in meditation too? Am I using horoscopes for meditation?”

There’s no doubt there’s money to be made in the mystical.

Bite Beauty collaborated with a psychic to release Astrology-inspired lipsticks every moon month so you can wear your star sign on your lips. Korean beauty brand Innisfree repackaged their compacts into 12 limited-edition mineral setting powders based on each month’s birthstones. Gwyneth Paltrow built an entire spiritual wellness empire around her brand Goop, whose cosmic lifestyle wares have in the past included jade eggs for your “yoni”, psychic vampire repellent sprays, at-home coffee enemas, silk toothbrushes, amethyst bottles to infuse water with positive energy and an exploration of the edge of space presented by Neiman Marcus. Paltrow was in the news this week for suggesting she discovered yoga. A 22-year old behind the counter of an L.A. yoga studio asked her if she’s ever done yoga before, to which Paltrow responded, “You have this job because I’ve done yoga before.” Maybe Paltrow needs to be reminded that she has this job because folks from the Indus Saraswati Valley civilization have done yoga before, in 2700 B.C.

Astrology also translates well to fashion and beauty, but those industries might only be the consumer’s first brush with New Age-y spirituality. Artists, organizations, cultural institutions and small businesses have the opportunity to participate meaningfully.

Chani Nicholas has been leading a development in the world of spirituality that should interest them the most: Social Justice.

A bold, straight-talking, left-leaning queer social justice astrologer, Chani Nicholas is “basically an angry feminist who just happens to be into astrology and healing.” Last November, she urged her followers to use the new moon in Scorpio as a chance to help create safe spaces for sexual assault survivors during the #MeToo wave. She actively posts about a variety of hot-button issues, from DACA to net neutrality. For Nicholas, the personal truly is political. Her new book You Were Born For This describes how we can use celestial motions to engage and interact with social movements. Her approach stands in contrast to Paltrow’s because she believes self-care and healing belong to everyone, especially to those who can’t afford to splurge on sound baths and Himalayan salt lamps.

Can social justice séances, astrology cafes, pop-up tarot card readings be far behind? Nor is mixing astrology with activism the most counterintuitive idea. Google search queries from the United States for “when is mercury retrograde” went up dramatically in December 2016, a month after the historic Presidential election. One could argue our energies have been in flux since then.

Why are we looking to the stars in these trying times? Spirituality traditionally used as a coping mechanism in moments of personal crisis, now has come into its own as a distinctly feminine legacy. Diverse spiritual practices from countless cultures — yoga, aromatherapy, witchcraft, astrology, tarot, shamanism, numerology and reiki, to name a few — have come together on a scale never seen before, aligning perfectly with ideals of intersectional feminism. With witches having been beheaded, burnt at the stake and generally vilified in history as evil enchantresses by Western societies, it only makes sense that women in the 21st century would reclaim the power of the divine feminine. Like many posters at the nationwide Women’s Marches said, “We’re the granddaughters of the witches you couldn’t burn.”

Cara is a senior freelance designer and a witch-in-residence here at ThoughtMatter. She began practicing witchcraft about four years ago to explore natural ways of healing. Witchcraft is rooted in the belief that we all still carry the pain of our ancestors, and that we can use our inner energy to protect against the powers that be. A modern-day bruja and collector of over a hundred crystals, she makes her own aromatherapy oils as well as medicine and vinegars from plants.

Cara often goes to HealHaus and similar Brooklyn-based wellness studios frequented by people of color who over the years have formed a community that embraces natural healing not just as a trend but as a way of life. She points out that these inclusive healing spaces have experienced an uptick in attendance since 2016, perhaps by those who feel betrayed by the outcome of the last Presidential election and are trying to seek out social justice in unconventional ways.

She recently designed a book cover for doula and “self-care sorceress” Latham Thomas, who worked with DJ Khaled’s son Asahd, arguably 2017’s most influential baby. As a regular follower of plant medicine guides, crystal shops, ayurveda experts, psychics, horoscopes and spiritual quotes on social media, Cara is happy that healing has gone mainstream via Instagram. While she thinks everyone deserves to access their inner power, she also worries that over-commercialization might dilute its effectiveness and culturally appropriate what was practiced almost exclusively by indigenous Latin American and African populations for centuries.

When asked what draws her to the power of crystals, Cara simply says: “They were here long before any of us.”

This post was written by Shivani Gorle with thinking contributed by Cara Budner and Whitney Burnett. ThoughtMatter is a creative branding, design and strategy studio in New York City’s Flatiron District. Find us on Twitter. 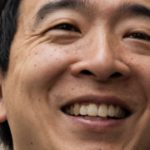 Universal Income vs the Robots: Meet the Presidential Candidate Fighting... 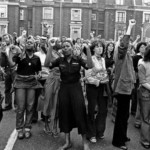 Anti Fascism: 100 Years in the Streets