Why activists are embracing civil disobedience

There is nothing particularly remarkable about the Dakota Access pipeline. Thousands of miles of pipelines stretch across the country, ferrying oil from drilling sites to ports and refineries. Each pipe threatens to leak, spurt and light on fire, and they often do. The reason that Americans from Florida to Guam have heard about this particular pipeline has little to do with the real and immediate dangers posed by the project, which imperils the water supply of the Standing Rock Sioux, and has everything to do with the intrepid activists who turned an obscure infrastructure project into a national story.

When their objections to the pipeline were ignored by the company overseeing the project and the Army Corps of Engineers, the Standing Rock Sioux took the radical step of blocking construction. They faced down police and private security officers armed with mace, tear gas and rubber pellets. Many were wounded or arrested, but rather than back down, they used this moment to win public sympathy.

“Any act of violence hurts our cause and is not welcome here,” Dave Archambault, chairman of the Standing Rock Sioux, said in a statement. “As peoples of this earth, we all need water. This is about our water, our rights, and our dignity as human beings.”

Activists from around the country, including a number of veterans, rushed to join the protests at Standing Rock, as protestors took to the streets in dozens of cities in a show of solidarity. Finally, after months of demonstrations that left many bruised or handcuffed, the Army Corps of Engineers paused the project and pledged to conduct an environmental review. Though President Trump would later direct the Corps to reverse this decision, through their efforts, the Standing Rock Sioux had won an important victory.

Frustrated by a continued inaction on climate change, activists are increasingly engaging in civil disobedience to push for progress, and elected officials are responding accordingly. In the wake of Standing Rock, governors and legislators in more than two dozen states, spurred on by fossil fuel firms, have put forward laws imposing severe punishment on protestors, particularly those who interfere with oil and gas pipelines. Laws that would have protestors arrested, fined or imprisoned promise to discourage civil disobedience, but as the Standing Rock Sioux have shown, the arrest isn’t the end of the protest. It’s the beginning, an opportunity to put a spotlight on injustice.

“You can tell what the system is scared of by what the system wants to most penalize,” said Jason Flores-Williams, an author, activist and civil rights attorney who has defended political protestors. “What they’re trying to penalize more than anything right now is direct action, civil disobedience.” But, he said the protestors should not be deterred. “The real starting point is the moment you get arrested. That’s where the strategy really has to come into play because that’s where the best opportunities are,” Flores-Williams said. “You’ve got the social platform to actually shine a light on what you were trying to shine a light on the entire time.”

Nicole Rogers, a senior lecturer at Southern Cross University in Australia and a scholar of environmental law, believes that civil disobedience is often necessary, explaining that, “in a situation in which legal remedies simply aren’t available to protect us from an escalating emergency, there is no other option available.” Civil disobedience offers activists the opportunity to exploit a legal system that has proved ill-equipped for dealing with climate change.

Climate lawsuits against governments and fossil fuel companies have produced some successes, but “one of the frustrations of climate litigation is that litigants are operating within a stable, conservative system which eschews radical change, using a toolkit which wasn’t designed for the climate emergency.” So, while climate lawsuits often stall or fail, she said civil disobedience can “provide a way for activists to present climate change as an emergency in the courtroom, using the defense of necessity.” The courts, she explained, will tolerate law-breaking if it will prevent a greater evil.

On October 11, 2016, a small groups of activists shut down five tar-sands oil pipelines in Washington, Montana, North Dakota and Minnesota. The Valve Turners, as they were known, were arrested. Three were convicted, and three more face trial in Minnesota, where they plan to argue before a jury that their actions, though illegal, were justified given the urgent threat of climate change.

This bold act of civil disobedience will allow activists to present their fears about climate change to a jury of their peers. “They don’t need to find a cause of action to argue climate change in the courtroom if they have been charged and are on trial,” Rogers said. “They essentially have a ready-made opportunity to put forward their case in a court as to why ordinary legal remedies aren’t working to halt climate change and why more radical strategies are therefore required.” She added that, while judges are generally reluctant to find defendants justified in breaking the law, juries are more receptive to this line of reasoning, a fact that could help the Valve Turners.

As Rogers wrote in a recent paper, “Climate change activists disagree with the fundamental assumption that the wicked problem of climate change can safely be left to the state for peaceful and effective resolution through the legislative and judicial processes… Necessity, if upheld by the courts in this context, amounts to judicial endorsement of the rights of citizens to define for themselves the parameters of what is lawful and reasonable in responding to the climate change crisis, and to behave accordingly.”

Flores-Williams said that protestors who plan on getting arrested need a lawyer who believes in their cause and will remain dogged in the fight to come. “Not only will you be facing criminal liability, meaning the state and the government is going to be coming after you, but you’re also going to be facing civil liability from corporations,” he said.

He also said they need a plan to get the attention of the press. “Don’t go to the courthouse alone. Go to the courthouse with cameras around,” Flores-Williams said. This has proven to be an effective strategy. During the civil rights movement, for example, protestors courted arrest to win public sympathy. Martin Luther King Jr. famously used his 1963 arrest in Birmingham as a platform to speak to racial injustice.

Not everyone believes that going to trial is an effective strategy. Kathryn Harrison, a political scientist at the University of British Columbia, believes that civil disobedience can work when protestors are seen as “courageous and righteous, willing to take a huge personal risk in order to protect the public good.” But it can backfire when they are seen as “lawless and out-of-touch with ‘real’ priorities, or disruptive of the lives of those the movement seeks to influence.” Going to trial, she said, risks putting protestors in the second category.

“I suspect that the press coverage of the arrest itself is more impactful than subsequent coverage of the court case,” Harrison said. “In contrast, the court cases themselves by their very nature highlight the illegality of the act, rather than the bravery. They also take place in a location removed from the place that is at stake.” She said that it is tantamount that protestors continue to be perceived as sympathetic, a critical lesson for climate hawks who have embraced civil disobedience, believing they have no other way of achieving their goal.

Earlier this year, an international group of activists launched Extinction Rebellion, which is engaging nonviolent resistance to pressure public officials to deal with climate change. Activists are aiming to get arrested to highlight the urgency of the carbon crisis. Fifteen-year-old Swedish climate activist Greta Thunberg underlined this point at a Extinction Rebellion rally in London in October.

“Today we use 100 million barrels of oil every day. There are no politics to change that. There are no rules to keep that oil in the ground,” she said. “So we can’t save the world by playing by the rules. Because the rules have to be changed. Everything needs to change. And it has to start today. So everyone out there, it is now time for civil disobedience, it is time to rebel.” 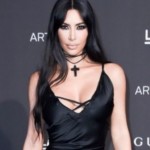 Kim Kardashian sent her 10-month-old daughter to stay with Khloé... 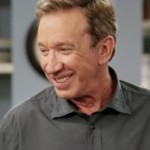