The purpose of a debate is to arrive at a decision. The point of arriving at a decision is to review options. And the reason for reviewing options is to attain clarity around the problem or issue that you’re trying to resolve. Essentially, a decision is like a vote.

The reason that you engage in debate is to explore options, the strengths, weaknesses, opportunities, and threats. So when you debate, you are evaluating multiple options in order to determine what the best course of action is. You could do this in your head. But ideally, if you pull a group of people together and they can think through a common problem and understand that they want to come to the best possible solution in the least amount of time, then the debate is going to get you there the quickest.

You are harnessing the collective brainpower of your friends, experts, common people who experienced the problem, authorities, and lots of other folks who would have relevant input.

A debate has structure.

There’s a structure to the debate. Imagine a piece of paper with a series of boxes or steps on it descending from the top. You start with the initial problem or the issue and that becomes one specific thing that you are trying to resolve. The next thing is you’re defining the goal, which is really what is your position?

So in any case, let’s say your issue is taxes and your position (listed in the box below) is you want to make a change to that. You want to decrease taxes. That’s your position.

Then you start gathering facts around the situation. The facts you gather have to do with the impact the tax reduction would have, how high taxes might have hurt people in the past, the unfairness of certain kinds of taxes or whatever the specific part of the issue is that you’re trying to address. But you’re basically looking at the whole issue.

You’re not trying to solve the problem in the first step. You’re just trying to pull together as many facts from many different perspectives as you can. This is where you don’t have all the answers or the facts and you want to bring in other people to help you with the debate. It’s that simple.

At this point, you can use as many sources as you think are relevant. You could use facts around the case in terms of quantitative measures, real experiences, studies, research reports, personal stories, perhaps YouTube videos, anything that would add to the group of data that you need to review.

Now, you’re not going to have these facts just randomly thrown in there. You’re actually going to sort them into two columns (on your imaginary piece of paper). One is going to be on the left, one will be on the right. The one on the left will be positive or in favor of the tax reduction idea and the one on the right will be the negative or the opposing view of why taxes either should increase or be left alone and nothing should be done.

From facts to arguments.

So in a sense, these are impact statements about what can happen in the future if a particular path is chosen and it’s not chosen clearly and with the full clarity and knowledge of everybody who is involved in the debate.

Let’s say we’ve looked at all the facts that we can possibly gather. We have all the arguments from all the interested parties and now we move on and then right below that we have the stories.

You’ve got the full framework beginning to take shape. You can see what your debate looks like. You have the issue, the position, the facts, the arguments, and the story. The final point we’re going to come to is the ask.

And now the ask.

But before I do that, you have to know that the ask has to be specific. The ask has to say, “We want to get a specific thing done,” because you’re going to appeal to a higher authority so the ask can’t be vague. No, “Well, we should just do this because it feels good.”

It has to be specific and measurable. It has to take into account both sides as much as possible. And essentially it is a conclusion.

But you might not arrive at one conclusion. You might arrive at several where you say, here are three options. Here’s the best case, worst case, and the middle case. You present all three, and through the course of this debate, you have people vote not just on the arguments, not just on the facts, not just on their belief in a position, but all the way through on every single item.

So when they get to the end, you have a decent level of buy-in. They are voting on the overall decision of whether or not the best solution should be A, B or C. You want these choices to adequately solve the problem that you addressed in the beginning when you selected the issue surrounding the problem you are addressing. At this point, you have come full circle.

You have a well thought out problem that you’re trying to solve. You’ve pulled together the facts related to it. You included all the stakeholders. You know what your position is when you’re asking the question, should we reduce taxes? You’ve got stories and as much data as possible. At this point, you should be able to fully answer the question and make a decision from a range of options.

But, if you don’t have everything together, then you might still be stumped in gridlock. However, for the most part, we’re going to assume that you have everything you need and then there are several choices that you could select.

Big problems fall into this category such as retirement plans, social security, Medicare, Medicaid, healthcare, the deficit. All of these are big national problems that the country needs to address. Soon. (We’ve been saying that for forty years.)

In the end, you arrive at a conclusion and you have clarity around the problem that you’re trying to resolve. You can select an option.

Once a decision is made, you are able to take action and that was what prompted the whole exercise in the first place. What should we do?

How was the decision made each step of the way? By a simple human device called a vote.

The purpose of the debate is to achieve clarity around a “wicked problem.” Through this process which you repeat in a holistic manner with multiple, different parties who have different sets of facts and opinions, you come together around the issue to solve it.

In the end, you say this is the best solution and what you do then is you appeal to a higher authority.

What you’ve effectively done is:

In this case, it’s probably the government or the legislature or the Congress. You may propose a bill or specify what the terms or the framework would be for the reduction of taxes.

In this scenario, there is no one special interest controlling the entire dialogue. There is no one final opinion that is getting set by just one small, expert group. This is a common social problem facing everybody and that’s what big issues are generally about; community problems. You are bringing them to your political leaders for resolution.

They, in turn, have the authority to move forward and introduce bills into the legislative body and sponsor them and now they are armed with all the information, facts, knowledge, arguments, constituents’ stories and the positions that they need to move the issue forward.

Ideally, you will have helped the politician make a decision in a timely manner and come to a resolution; one that most people will have agreed with if in fact they were involved in the process or they at least voted on it.

I think you can see this is not about one person making one decision about what would be good for the entire country. It’s not a dictatorship. It’s not a small group of self-interested teams or an oligarchy deciding that this would be benefit everybody yet all the facts work in their favor while they ignore everybody else.

This is a situation where many interested people can be involved. They’re not pressed for time. They have the ability to be involved, make a decision that is comfortable for them and you might even hear from people who you would normally not hear from. It’s like crowdsourcing legislation from the bottom up, not the top down.

That is the point of having an open, common debate platform that solves big problems.

If you want to find out what my thoughts are about why debate at this level is preferable to a simple poll, a petition or an individual letter campaign, then take a look at some of the other blog posts I have on this topic.

Let me know your thoughts and maybe the government can make better, more informed decisions more quickly, decisions that will ultimately benefit all of us. Presuming we have an informed electorate and a government that is responsive and accountable to the people.

The 6 phases in summary?

Next Post
Rapper sentenced to 5 years in prison in Arkansas gun... 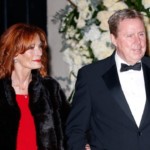