The October 2018 UN Intergovernmental Panel on Climate Change (IPCC) report issued grave warnings of dire consequences if we are not able to limit global temperature increase to 1.5 C within 12 years. The authors of this explosive report elaborate that unprecedented and sweeping changes are required to meet this target, which is feasible if the most aggressive interpretation of the Paris Climate Agreement is utilized.

The effects of climate breakdown are already underway, as summarized by the Union of Concerned Scientists here. These include, among others, “rising seas and increased coastal flooding, longer and more damaging wildfire seasons, more destructive hurricanes, more frequent and intense heat waves, severe droughts, and increased pressure on groundwater and food supplies.” These effects significantly threaten the prospects of continued organized human existence on the planet.

Thoughtless hyper-industrialization, renegade waste of energy and resources for profits combined with an oligarchic political system have yielded the perfect storm, wherein the systems responsible for creating the problems are never challenged. While the engines that created the conditions for climate breakdown continue unabated, the same engines prohibit any decent evaluation of the core problems and possible solutions. The private media is virtually silent on the emergency. Schools continue to thump the theology of markets and indefinite ‘growth,’ while industry continues to propel corporate expansion for higher profits, producing greater waste and pollution.

Predictably, such truths that challenge our political and economic systems that have precipitated these horrific outcomes cause quite a stir in the minds of the architects and disciples of said systems. These minds include business and corporate leaders, technocratic policy planners at think-tanks, and economists forced to confront the myth of infinite growth on a finite planet, among others. They put on spectacular displays of mental gymnastics to defend their worldview, which effortlessly adjusts to the realities of a changing climate.

The primary goal of such gymnastics is to prevent systemic analysis that forces us to confront the logic of markets and the infinite need for growth under capitalism. Simply put, to prevent complete economic collapse, this machine must accelerate the wasteful (in polite society, profitable) churn of resources for tumorous growth, including waste products such as emissions. While the transition to a renewable energy infrastructure is necessary to dodge this meteor, it remains an insufficient condition. It must be emphasized that the recent renewal of the Green New Deal, also championed by New York representative-elect Alexandria Ocasio-Cortez, is a very positive outcome and should be supported. In addition, a recent Bernie Sanders town-hall to force the discussion into mainstream discourse is a very encouraging sign.

However, precisely because of the emergency of the situation, these efforts must be combined with broader systemic overhaul. As covered by Truthdig in The Limits of Green Energy Under Capitalism,

The world’s energy-related carbon emissions rose by 1.7 percent in 2017 and energy consumption grew by 2.2 percent, the fastest rate since 2013. For the past decade, primary energy consumption increased worldwide at an average rate of 1.7 percent per year. Power generation rose last year by 2.8 percent with renewable energy providing 49 percent of that increase and most of the rest (44 percent) coming from coal. Globally, oil consumption grew by 1.8 percent, natural gas by 3 percent and coal consumption increased by 1 percent. The key point is that greenhouse gas emissions from fossil fuels are increasing even as renewable energy use is growing.

People often get confused when fossil fuels and renewable energy are discussed together, but the climate only cares about the former. The latter has no effect. Solar panels, wind turbines and the like neither help nor harm the climate. The only thing that matters, in terms of climate disruption, is greenhouse gas emissions.

It is not enough for the percentage of green energy to increase each year — unless it reaches 100 percent of global energy production very quickly. Even if the rate of greenhouse gas emissions decreases, but doesn’t decrease fast enough, we face disaster. What is required is that global greenhouse gas emissions decrease rapidly to zero by mid-century in order for the biosphere to stand a chance of survival. Unfortunately, even a rapidly increasing percentage of green energy production is unlikely to achieve that under capitalist market forces.

Intellectual, ethical and moral bondage under capitalism spurs superficial analysis and solutions, which preserve the intrinsic structures of power and wealth. Hence, you see absurd headlines such as Why Buying A Tesla Is The Best Thing You Can Do For The Environment. I have already covered the fraudulent theology of technical solutionism, especially as it pertains to companies such as Tesla that utilize narratives about saving the world by exploiting and propagating the systems that create said problems in the first place.

Limited imagination isn’t simply restricted to the corporate sector. Recently, a team at Harvard University developed a plan to test their approach to geoengineering, which they call the Stratospheric Controlled Perturbation Experiment. As Nature describes it,

The idea is simple: spray a bunch of particles into the stratosphere, and they will cool the planet by reflecting some of the Sun’s rays back into space. Scientists have already witnessed the principle in action. When Mount Pinatubo erupted in the Philippines in 1991, it injected an estimated 20 million tonnes of sulfur dioxide into the stratosphere — the atmospheric layer that stretches from about 10 to 50 kilometres above Earth’s surface. The eruption created a haze of sulfate particles that cooled the planet by around 0.5 °C. For about 18 months, Earth’s average temperature returned to what it was before the arrival of the steam engine.

…as emissions continue to rise and climate projections remain dire, conversations about geoengineering research are starting to gain more traction among scientists, policymakers and some environmentalists. That’s because many researchers have come to the alarming conclusion that the only way to prevent the severe impacts of global warming will be either to suck massive amounts of carbon dioxide out of the atmosphere or to cool the planet artificially. Or, perhaps more likely, both.

Really? That is the only way? Geoengineering may buy us a few minutes in the grand scheme, but what is essentially being said here is we are willing to try anything: spray the atmosphere with particles that do not belong, or recklessly increase electric vehicle production to enrich a few and further clog highways. Anything but ask elementary questions about capitalism. Oh, the horror! We are not willing to question the underlying industrial metastasis, unchecked forest destruction incentivized by profit motives, and wholesale upheaval of local economies at the hands of proto-fascist leaders around the world.

There is widespread discussion about climate change denial amongst the electorate and their elected representatives. Outcries against such denial make two assumptions that are left unanalyzed:

Should climate science be accepted amongst the majority of the electorate, legislative action can finally take place.

This view ignores the oligarchic nature of the US government. For instance, 97% of the American electorate desires universal background checks for gun sales. We do not have it. 70% of the electorate supports a single-payer healthcare system. We do not have it, yet. The explanation, instinctively known to Americans, is provided by a 2014 Princeton study that conclusively shows that the US is an oligarchy, not a democracy. The study concludes,

In essence, eradicating pseudo-scientific beliefs about climate change denial from the public’s mind is an insufficient condition. It certainly helps in gaining traction towards organizing and mobilizing the citizenry, which is where the bulk of the effort must be focused. Nothing short of such a force is required to combat gerontocratic ideology and inertia.

While true to an extent, this is giving denialists too much credit. It is equivalent to saying that cigarette company lobbyists analyze the facts, read the studies, conclude that cigarettes do not cause lung cancer, and are happy when their children develop smoking habits. Quite simply, such analysis does not occur, as author Ari Rabin-Havt explains in Lies, Incorporated. The intention of denial is to pollute discourse and sow doubt. That alone is considered a victory as it stalls action which can harm cigarette sales, or fossil fuel production. It is not science denial; rather, it is anti-profit denial, as the science is not even considered in the first place.

The Size of the Solution

Climate change is a beast of a problem. Electoral and legislative changes have limits — sufficient for new emission standards, infrastructure programs and carbon taxes. That may put a few scars on the beast. Far larger moves are required. Participatory economics, worker cooperatives, tactical use of natural resources, and community ownership of local economies are all tools that can wrestle power away from concentrated capital, which in its unchecked state, has resulted in just 100 companies being responsible for 71% of global emissions. Tossing veggie burgers and smart LEDs at this beast is not going to faze it too much. Civil disobedience and strikes, while overhauling infrastructure and associated economies are far sharper swords. No, buying a Tesla is not the “best thing you can do for the environment.” No-meat-Mondays is underestimating the scale of the problem. A far more impactful action would be to quite simply, sit down.

Questions or Comments? Please reach out at exiledconsensus@gmail.com Always up for a good discussion! 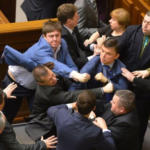 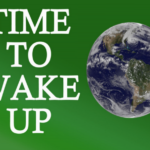