We’re here to discuss how climate change is affecting the U.S. from the East to the West, from large states like California to the smallest one, Rhode Island — small in size, but long on coastline!

As coastal states, both Rhode Island and California are on the front lines of climate change. Sea levels are already rising, and as they do, Rhode Island’s coastal communities are having to spend more and more money on resiliency projects to protect their roads, bridges, beaches, water treatment plants, harbors, and other infrastructure.

A 2017 study by the Rhode Island Department of Environmental Management found that seven of the state’s 19 water treatment facilities are expected to be overwashed by floodwaters driven by climate change.

Frankly, just figuring out what this risk looks like is hard for coastal municipalities. Our state’s Coastal Resources Management Council has developed a project called STORMTOOLS, which allows Rhode Islanders to see how sea level rise is expected to affect their homes, businesses, beaches, and parks.

Here’s a STORMTOOLS-generated map of Rhode Island’s Upper Narragansett Bay at the end of the century. The bright blue color is now land that gets covered by 10 feet of sea level rise, and the teal is 12 feet of sea level rise. This is STORMTOOLS’ business-as-usual scenario, in which the world continues to burn fossil fuels unabated.

As you can see, some of Rhode Island’s peninsulas will be cut off from land, forming new islands, and some of our islands will disappear underwater. We become an archipelago.

A recent New York Times article suggested that we may have to retreat from the coasts, in order to protect ourselves from rising waters and more powerful storms. Why should Rhode Islanders have to do that? Just to protect polluters? No way! Many of us not only live near the sea, but work and sail and fish on it, so climate change threatens our lifestyles, our livelihoods, and our lives.

The Union of Concerned Scientists has estimated for the U.S. that by 2100, “nearly 2.5 million residential and commercial properties, collectively valued at $1.07 trillion today, will be at risk of chronic flooding.”[1] That’s just from sea level rise alone; storm surge and rain-driven flooding amplify the risks.

In Rhode Island, the real estate firm Zillow has estimated that over 5,300 homes worth almost $3 billion will be lost if the sea level rises six feet.[2] And that’s just homes that are already there. People are still building in Rhode Island’s coastal zones[3]; there are new homes at risk every day. Why should Rhode Islanders have to face that risk, just to protect polluters?

Rising water isn’t the only way in which climate change is affecting the oceans. Warming oceans are disrupting traditional fishing grounds, and driving valuable species such as lobster from Rhode Island waters altogether. The just-released National Climate Assessment warns of falling catches.

Last week, I met with charter boat captains and recreational fishing enthusiasts from Rhode Island and nearby New England facing changes in the size, geographic range, and number of fish they catch. Commercial fishermen tell similar stories. They are worried that their kids and grandkids won’t be able to experience the traditions and lifestyles they cherish, or pursue the same career. Why should Rhode Islanders have to lose this heritage, just to protect polluters?

Smoke from massive forest fires in California, Oregon and Canada has affected our air quality in Rhode Island, and in states as far south as North Carolina.

These forest fires loft tremendous amounts of fine particulates into the atmosphere. Those particulates exacerbate asthma and other respiratory conditions, and can also increase the risk of diseases like lung cancer. Bad air quality equals bad health.

Forest fires aren’t the only way in which climate change is degrading Rhode Island’s air quality. Hotter temperatures help form ozone. Ozone is dangerous for children, the elderly, and anyone with asthma or other breathing-related difficulties — and one in ten Rhode Islanders has asthma.

Rhode Island’s air quality receives a grade of C from the American Lung Association, largely because of ozone, most of which comes in from upwind states. This isn’t just some inconvenience. Across the country, air pollution, much of it made worse by climate change, is responsible for a staggering 200,000 premature deaths each year. Why should Rhode Islanders have to put up with that, just to protect polluters?

That’s not the only way that climate change affects human health. Temperature extremes worsen health. A study of Rhode Island hospitals, cited in the National Climate Assessment, shows[4] heat-related ER visits skyrocketing when daily temperatures pass 80 degrees Fahrenheit. It predicts that the number of ER visits will increase by 400 per year by 2050, and by up to an additional 1500 per year by 2095.

The list of health consequences goes on: disease-carrying insects such as ticks and mosquitoes; noxious algal blooms that produce waterborne toxins and pathogens; longer pollen seasons ramping up allergies. Why should Rhode Islanders have to put up with all that, just to protect polluters?

It’s not just the doctors who are worried — economists paint a grim picture, too.

Freddie Mac warns of a coastal property values crash that will rival the 2008 mortgage meltdown: “The economic losses and social disruption […] are likely to be greater in total than those experienced in the housing crisis and Great Recession.”

The Bank of England and numerous academic economists warn of a “carbon bubble” that poses a systemic risk to the global economy. The National Climate Assessment details grim economic consequences that climate change will have for the U.S. economy.

But it doesn’t have to be bad economic news. Nobel prize-winning economist Joseph Stiglitz testified that:

[R]etrofitting the global economy for climate change would help to restore aggregate demand and growth.

A 2018 report from the Global Commission on the Economy and Climate estimates that this transition may increase global growth by $26 trillion through 2030 and create 65 million low-carbon jobs. Growth will come from these new jobs; and also from lower energy costs. Stiglitz notes, “Many energy efficiency technologies actually have a negative cost to implement.”

Renewable energy, electric cars, battery storage, carbon capture, energy efficiency, low-carbon and zero-carbon fuels — these are technologies of the future, promising millions of great jobs. The question is whether these will be American technologies and American jobs, or whether China, Germany, Japan, and other countries will win the transition to a low-carbon economy. Why should we lose this competition, just to protect polluters?

Rhode Island is the home of the Block Island Wind Farm, the nation’s first offshore wind facility. The company that developed it was just acquired for half a billion dollars.

Rhode Island is also a leader in the composites industry and TPI Composites is manufacturing wind turbine blades and electric bus bodies in Warren, Rhode Island. In ten years, TPI has manufactured more than 10,000 wind blades, and it’s gearing up to provide up to 3,350 bus bodies.

The University of Rhode Island received $19 million in funding from the National Science Foundation for “developing a new research infrastructure to assess, predict and respond to the effects of climate variability on coastal ecosystems.”

This is the kind of innovation that will help us to respond to the challenge of global climate change — if we finally wake up and take it seriously. Or we can just protect the polluters.

Thank you for joining me, Senator Feinstein.

I yield the floor. 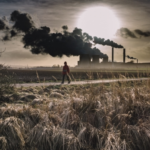 Anthropogenic Climate Change: The Size of Our Solutions Does Not... 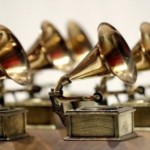